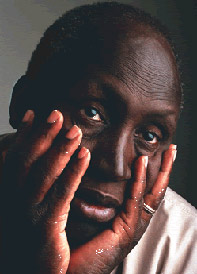 He will deliver a keynote address titled, “The Myth of Tribes in African Politics.”

Throughout his career, Ngũgĩ has received numerous honors, including endowed university chairs, honorary doctorates, peace prizes and book awards. In the 1960s, he studied at universities in Kenya and England, and returned to become a professor of English at Nairobi University. He established a theater and wrote a series of novels and plays published in Kenya and throughout the world that were critical of colonial rule.

Stung by his criticism, authorities arrested Ngũgĩ in 1977 and sentenced him to maximum-security imprisonment. Amnesty International and other human rights organizations demanded his freedom as “a prisoner of conscience.” The campaign was successful, but during a subsequent trip to England, Ngũgĩ received word that he was targeted for assassination should he return to Kenya. He became an exile from his homeland at the same time that he was being celebrated as one of Africa’s most influential authors of the twentieth century.

This event is co-sponsored by the UH Manoa Department of American Studies and the William S. Richardson School of Law

Ticket Information
Free and open to the public.