Dr. Patrick Klinger, a Visiting Scholar in the UHM Department of History, will explore how climatic instability and environmental change during what is often called the last third of the Global Little Ice Age fundamentally affected economic and commercial activities, political thought, and government decision-making and policy. The focus of the talk is to see how such major and enduring themes played out in relations between Scotland and England, relations which affected not only the British Isles, but Europe, the North Seas World (including the Dutch) and even further afield. Those relations were perhaps best expressed by the Act of Union in 1707. There is much here for political and environmental historians, those interested in British and Maritime histories, and much more. Dr. Klinger brings to these questions an interdisciplinary approach — climatic reconstructions, close examination of the North Seas fishing industry, and an oceanic world studies approach — one that we often explore in light of the Pacific and the Indian Oceans.

Dr. Klinger earned his PhD from the University of Kansas in the field of Environmental History and is the author of several scholarly articles and book reviews. 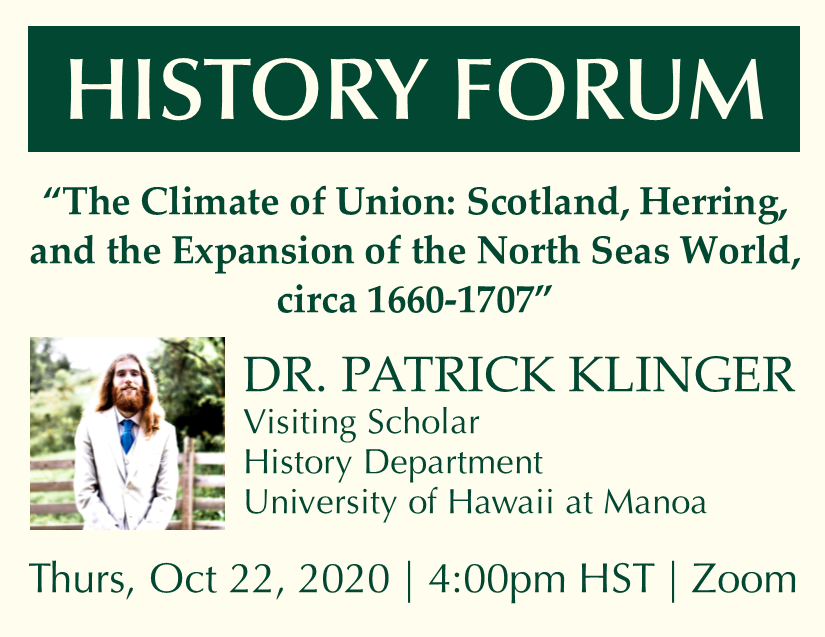