Food and land were profoundly related concepts in Pacific Island societies. Land was believed to be the ultimate source of life, in both as a spiritual and physical place. Many societies believed that the land was embodied with the spirits of ancestors. The land also brought forth the food that played such a diverse and important part in the Pacific Islander’s lives (Pollock, 1992). The meaning of the Hawaiian word for land (‘aina) conceptualizes this belief. ‘Aina means “that which feeds,” and links the occupation of the planter and the most vital life ensuring function of eating. ‘Aina also means “earth mother,” because the Hawaiians believed that the earth is charged with the same life force as mother. In linking the two, the Hawaiians were saying that “the earth too is a living entity, feeding us as a mother feeds her newborn child, caring for all our material and biological needs—giving us life, as a mother does”(Kanahele, 1986). Similarly, the ancient Chamorro’s believed that humans were not unique or set apart from the rest of the living and non-living world. They believed that humanity and nature were intertwined, and displayed a great concern for nature, attempting to live harmoniously and integrate their lives (Cunningham, 1992). 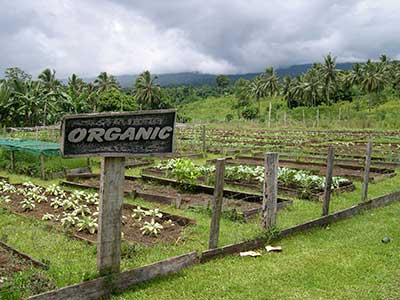