Literacy and Hawaiian Education Programs Continue to Build on Success

CRDG’s Literacy and Hawaiian Education (LHE) office has administered seven grants that have collectively served fifty-one local schools. On average, these schools serve larger percentages of Native Hawaiian students than the average across all HIDOE schools. They also typically include a high percentage of children and youth whose educational prospects are hindered by challenging conditions associated with poverty, limited English proficiency, disability, and family circumstances. The primary goal of these projects, collectively known throughout the community as Pihana Nā Mamo, has been to conceptualize, operationalize, and evaluate innovative education programs designed to improve learning outcomes for Native Hawaiian children.

The current set of programs that fall under the umbrella of LHE came out of a partnership between CRDG at the University of Hawai‘i at Mānoa (UHM) and the Office of Curriculum, Instruction and Student Support (OCISS) at the Hawai‘i Department of Education (HIDOE). The initial formal partnership agreement was funded by the U.S. Department of Education in 2000. The project’s current co-director and principal investigator, Hugh Dunn, said, “Pihana’s success can be attributed to cross-agency networks, especially the leadership of former principal investigator, Morris Lai of CRDG UHM, and project co-director, Gloria Kishi of OCISS HIDOE.” This strong inter-agency collaboration has allowed the projects to be informed by teams of researchers, classroom teachers, school leaders, content experts, cultural practitioners, instructional designers, curriculum developers, and evaluators. In addition, the projects have received strategic input from the Pihana Nā Mamo advisory council, made up of leaders who serve critical roles across the preschool to post-secondary education continuum. 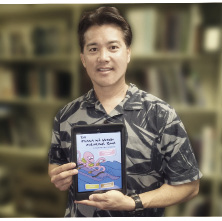 Although project schools have been among those in the state with the highest percentages of economically-disadvantaged students, Pihana Nā Mamo’s research-based approaches in reading, parent engagement, student transition, and building cultural knowledge within the community have contributed to significant instructional changes and notable gains in student achievement. This array of culturally-appropriate and evidence-based approaches has improved the academic trajectories of struggling students as they progress through the educational pipeline, especially in the areas of preK–Grade 6 reading and student mentoring and transitions.

Additionally, project implementation has been constantly refined and informed by four cross-cutting processes: 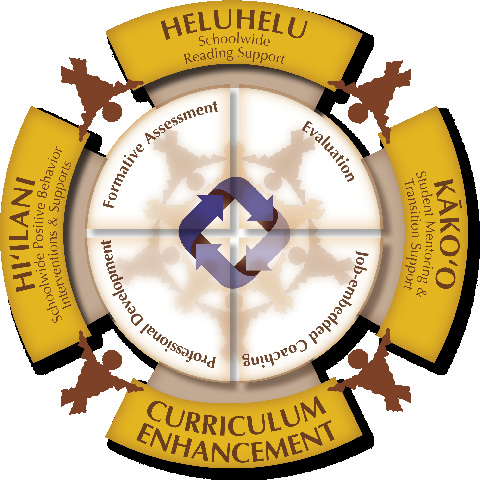 The heluhelu component is based on a prevention model designed to address student risks as early as possible. Instructional methods employed within this model foster students’ understanding of foundational skills in reading, which are delineated in the Common Core State Standards for English Language Arts and described as necessary and important components of a comprehensive reading program. The approach aligns with the empirical summation of multiple years of research findings that conjointly point to skills critical for developing successful readers. The heluhelu model also draws on the work of leading researchers in the field of reading instruction and assessment, some of whom have served as consultants to Pihana Nā Mamo since the project’s inception. Kishi said.

Additionally, the model integrates early screening for academic risk within a schoolwide response-to-intervention (RTI) framework that incorporates practices found to have the strongest predictive relationship with children’s ability to decode and comprehend connected text. As a means of assessing students’ development on fundamental early reading skills, Pihana Nā Mamo has provided project schools with technical assistance on the use of formative instruments for early screening, including the Dynamic Indicators of Basic Early Literacy Skills (DIBELS). Access to such tools, coupled with ongoing professional development and job-embedded coaching focused on data interpretation and intervention fidelity, has enabled teachers and administrators to provide their students with tailored interventions well before reading deficits are typically identified.

Kāko‘o is designed to support the transition of at-risk Hawaiian students by providing mentoring and other critical transition supports as they move from middle school to high school and from high school to post-secondary options. The most recent iteration of this component has served students in three middle/intermediate schools and three of their receiving highs schools. The project provides each school with trained staff who work on-site to identify learning challenges and address those challenges through appropriate evidence-based supports, including culturally-based instruction and multi-tiered literacy and behavior interventions. 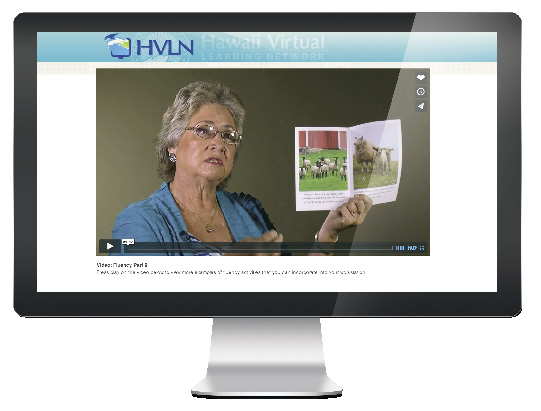 With the intent to broaden its reach, LHE identified actionable goals in its 2013 strategic plan that included (1) engaging Pihana Nā Mamo project site teachers in multi-modal professional learning opportunities designed to increase educators’ capacity to improve learning outcomes for all children; and (2) developing and disseminating research-based and culturally appropriate reading curricula and materials that promote children’s acquisition of fundamental reading skills. To achieve these goals, in 2013 the LHE office began to diversify the delivery of their services through the launch of a mobile application and a suite of e-learning courses. 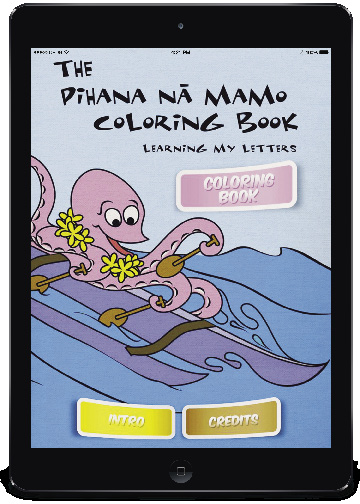 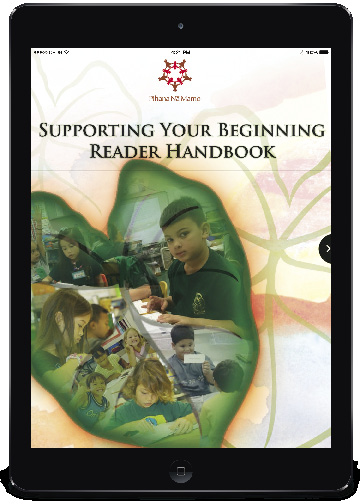 The first of three interactive mobile tablet applications (apps) that LHE developed for early reading, Pihana ABCs, came out late in the year and was featured on KITV News. This interactive alphabet primer and coloring book is available to the general public for free download onto mobile tablets from iTunes at http://goo.gl/6gKGJE or Google Play at http://goo.gl/e4mwhr. The next two mobile apps, Common Letter Combinations and Supporting Your Beginning Reader, will be released in 2014. These apps, based on a selection of Pihana Nā Mamo’s most popular print materials, build on LHE’s history of ground-breaking publications (e.g., Ka Wana Series, No Nā Mamo) that have also been widely disseminated throughout the state of Hawai‘i.

Each year, Pihana Nā Mamo has offered teachers numerous professional development opportunities. Between July 2012 and August 2013, Pihana Nā Mamo sponsored and coordinated thirty workshops that were scaffolded and organized around the goal of ensuring that research-based, effective practices are (a) implemented in schools at sufficient levels to effect significant improvement in student outcomes and (b) sustained over time. Additionally, LHE developed five learn-on-demand e-learning courses to provide teachers with ongoing access to RTI focused professional development opportunities. The content of each course was authored by national and international experts in the field of education who have intimate theoretical and practical knowledge of the subject matter and how it applies to the context of the population served. The initial suite of online courses is hosted on the HIDOE’s Hawai‘i Virtual Learning Network. 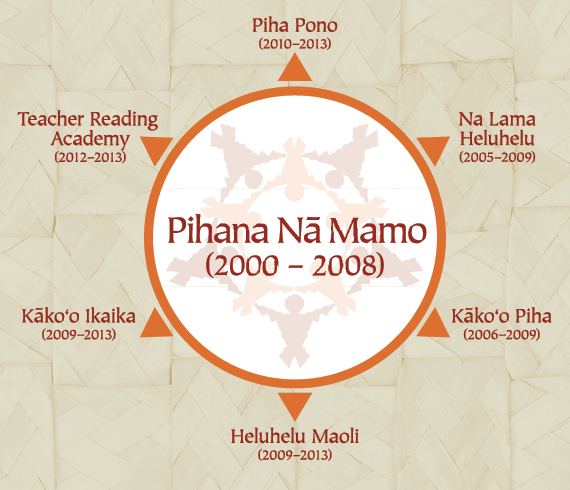 Despite the challenging conditions common to the schools served by Pihana Nā Mamo, findings reported in rigorous external evaluation studies combined with feedback from the field and ongoing progress monitoring of proximal indicators have confirmed that Pihana Nā Mamo services are critical factors in improving student achievement and teacher effectiveness. Lai said, “Because the evaluation was independent, we feel very confident in it.”

A summary of findings relevant to multiple phases of project implementation can be found on CRDG’s website. The site also highlights the project’s use of culturally appropriate evaluation methodology that resulted in two reports for which LHE received first place honors in the 2008 and 2009 American Education Research Association’s (AERA) School Evaluation and Program Development Outstanding Publications competition.

In 2012 LHE continued to incorporate mainstream standards with alternative techniques for research and evaluation. A team of data collectors recently interviewed site-level personnel at two project schools that have had the longest participation in the Pihana Nā Mamo program. Disa Hauge, Wai‘anae High School Principal (former Mā‘ili Elementary School Principal), said, “Pihana has supported us to make the changes that needed to be made. Several years ago we made AYP [annual yearly progress] and became a school in good standing, which is kind of unheard of for the coast…Just a few days ago, we also received our first Strive HI reading…we’re incredibly grateful to Pihana for all of the support they’ve given us and for helping us get to this point.”  Joy Molina-Yacapin, Reading Coordinator at Hale‘iwa Elementary School, said, “At Hale‘iwa Elementary we have a high poverty rate and we have children who have trouble reading…We actually went through something called restructuring when NCLB [No Child Left Behind] came into play because the proficiency rate was so low. Through Pihana Nā Mamo, the reading program, and the training of everyone, during last year, we actually had a 94 percent proficiency rate in reading. So I credit that to all of the hard work of the teachers, but I also credit all of it to what Pihana Nā Mamo has given us.” 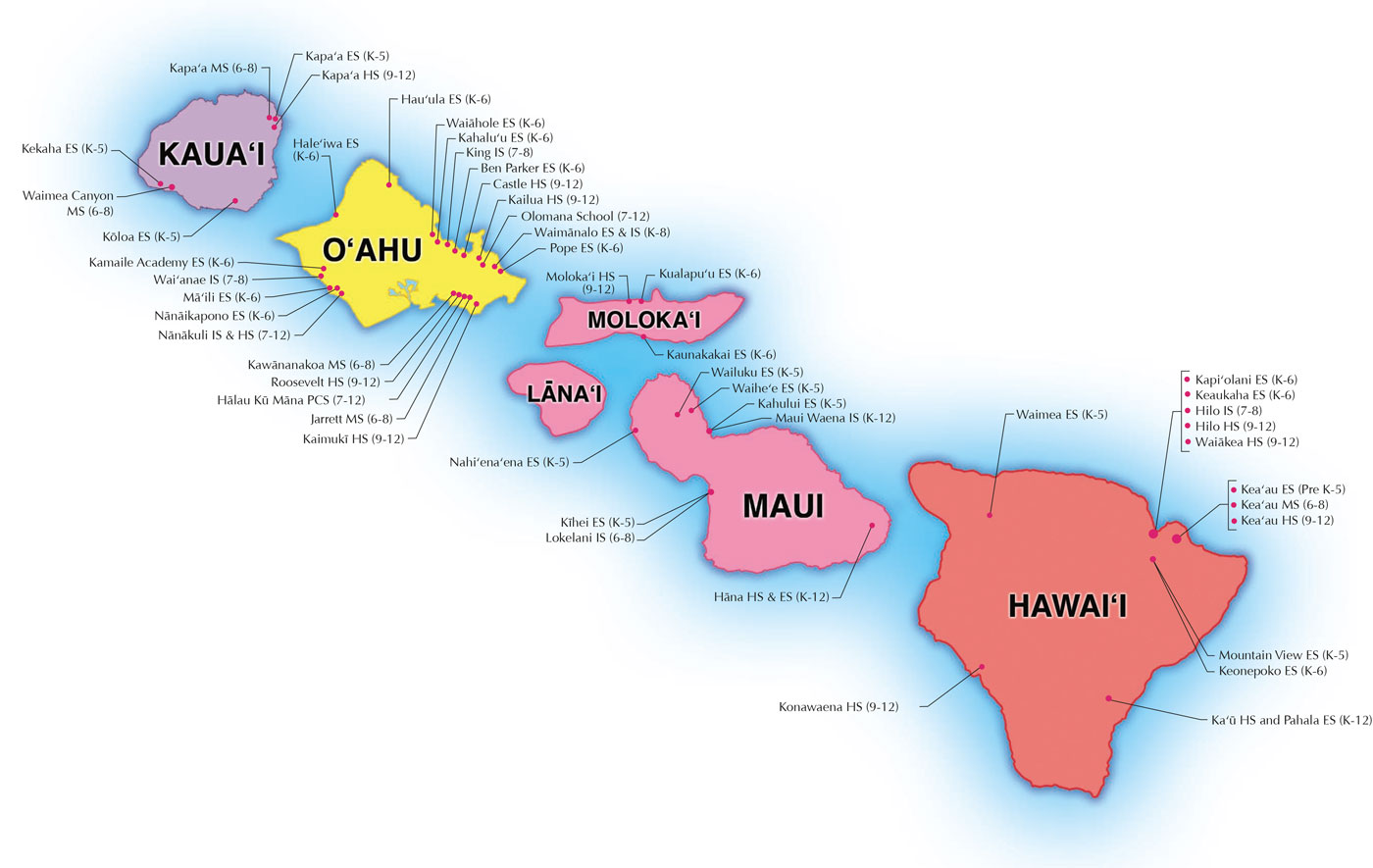 LHE is creating a multi-year roadmap of essential strategies and activities necessary to scale up its coordinated approach into a comprehensive academic support model. Their blueprint is based on the lessons learned from LHE’s work with schools throughout the state since 2000. Central to this plan is strengthening existing partnerships and establishing new partnerships with a major focus on working with teachers and leaders at schools faced with the most challenging conditions. Hauge said, “Pihana Nā Mamo empowered us to transform our school… it has given us the tools to continue this work into the future to face all the future challenges that we will have and that our community will have…We’re very grateful to Pihana Nā Mamo.”

I think that the work with the University of Hawai‘i has helped to provide that academic and research element that is important to Pihana Nā Mamo, for example, collecting and analyzing data in terms of progress of the students. The people at the Curriculum Research & Development Group have played an important part in infusing material that particularly deals with Hawaiian culture into the work of Pihana Nā Mamo.

The Pihana program consistently demonstrated that our reading scores are improving and have advanced over the years, and that says a lot for the approach. I am very proud to have been associated with the program and the project, but I’m most proud of the project itself and the work of everyone involved in the project has just been outstanding.