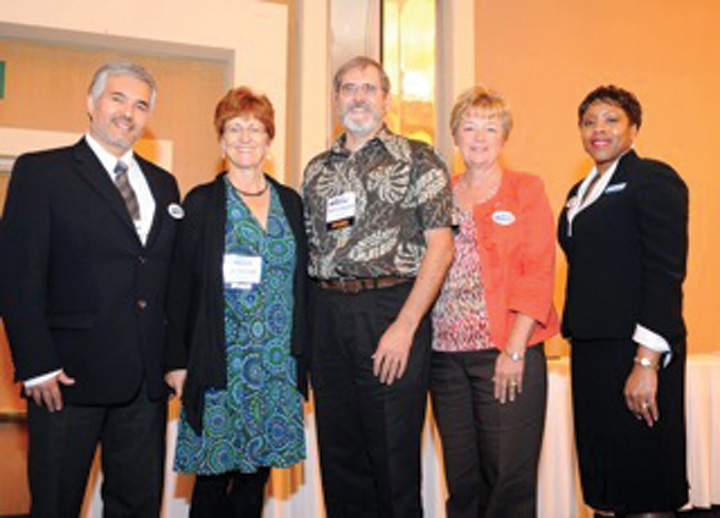 Posted at 11:31h in Mathematics, Year In Review 2013 by admincrdg
Share

CRDG’s Judith and Melfried Olson gave the founder’s lecture at the 40th annual meeting of the Research Council on Mathematics Learning (RCML) in Tulsa, OK, in February. The lecture was titled “Firm Foundations Forged by Founders and Those that Follow” and focused on the foundational mission of RCML and how the efforts it generated have led to many of the practices in mathematics education that are considered standard today.  They emphasized actions educators can take today to make a difference in the future, even if those actions run counter to the trends that are currently underway.

RCML was formed in 1974 in order to address the considerable fragmentation and repetition of effort in research on learning deficiencies at all levels of student mathematical development. RCML founding members were in the forefront in advocating mathematics instruction as a sense-making activity and focused on understanding factors that promote or inhibit individuals from reaching their full potential as mathematical learners.

The Olsons have been involved in RCML since 1980, and both have held leadership positions in the organization.