Capturing the Story of a WWII Nisei Spy

24 Jul Capturing the Story of a WWII Nisei Spy

Posted at 11:26h in Social Studies, Year In Review 2013 by admincrdg
Share 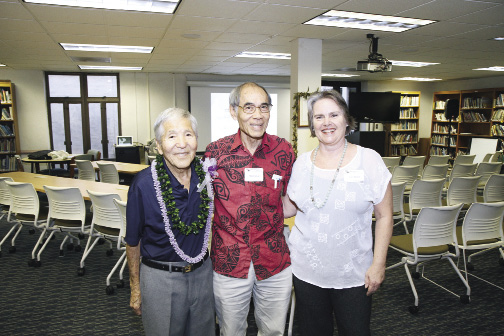 The Curriculum Research & Development Group took on a different kind of project this year when a group of World War II veterans from Kaua‘i approached retired Hawai‘i public school principal Yoshinobu Oshiro to ask for help in recording the story of Arthur Komori, one of their former members. Oshiro, in turn, approached longtime friend and colleague, CRDG’s Morris Lai to solicit CRDG’s help with the project, and the collaboration resulted in the publication of Reflections of Honor: The Untold Story of a Nisei Spy. 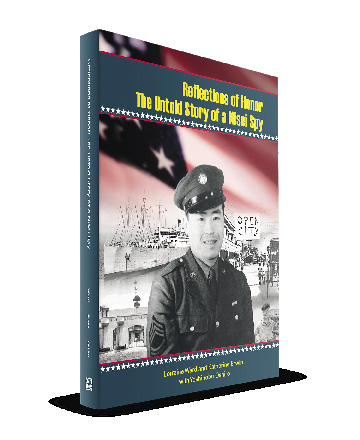 One of the first Nisei recruited into the United States Army in World War II, Arthur Komori worked undercover in pre-war Manila for the Counter Intelligence Corps (CIC). He worked as a translator and undercover agent both on the front lines and behind the scenes in General MacArthur’s headquarters, always in danger of being branded a traitor by Japan and of misidentification by American soldiers, since Japanese Americans were still forbidden from enlisting in the U.S. Army at the time. In part because of the political climate of the times and in part because of the secret nature of his work, the story of Komori’s career with the Military Intelligence Service (MIS) had never been told and was long overdue. Fortunately, he recorded much of his story in his own words through journals, official reports, and even poetry, and this book used all of this as well as additional research to tells his incredible story.

A core group of book production staff at CRDG had worked together in recent years to produce several books on traditional and contemporary Hawaiian practices and beliefs, and this same team came together once again to work on this new project. Morris Lai took on the role of principal investigator, and Lori Ward, CRDG’s managing editor, became the project manager and writer, eventually collaborating with co-authors Kati Erwin and Yoshi Oshiro. Two of CRDG’s graphic artists worked on the project, with Wayne Shishido creating the maps and book cover and Darrell Asato doing the book design and layout. Helen Au, director of CRDG’s Marketing and Publication Services, along with her team, ensured a professional level of publication and marketing.

Several CRDG staff who worked on the book’s production presented the book to the Kaua’i MIS veteran’s club, of which Arthur Komori had been a past president. At that presentation, the CRDG team was thrilled to meet the two remaining WWII MIS survivors in the club, Jiro Yukimura and Norman Hashisaka. Following this, the book was officially launched on December 13, 2013 in the Andrew W. S. In College Collaboration Center at the University of Hawai‘i at Mānoa’s College of Education, where the MIS veterans in attendance were also honored: Herbert Yanamura, Shinye Gima, and Yoshinobu Oshiro, one of the book’s co-authors.