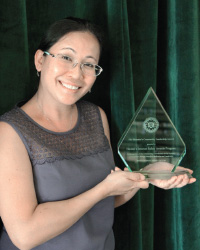 Truc Nguyen and her fellow members of the Internet Safety Awards (ISA) team were honored with the national 2011 Director’s Community Leadership Award from the Federal Bureau of Investigation at the US Department of Justice in October.

Hawai‘i’s ISA program began five years ago when founders Chris Duque and Arnold La‘anui had the idea to have kids, rather than adults, talk to other kids about what to do online. The public service announcement (PSA) competition this idea spawned has grown every year, with sponsorships and resources coming from Hawai‘i’s broadcasting, business, education, and law enforcement communities. The Director’s Community Leadership Award is awarded nationally to a program for its strong and relevant impact in its community connected to the tenets of the FBI: to serve and protect. The ISA program does this by empowering Hawai‘i’s children to serve and protect themselves, both through the opportunity for self-expression the program provides and through the information their PSAs get out into the community. 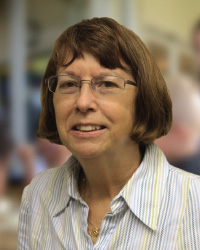 CRDG’s Carol Ann Brennan was appointed to a three-year term as a member of the Science and Children Advisory Board of the National Science Teacher’s Association (NSTA) beginning June 1, 2011.

As part of NSTA’s mission to promote excellence and innovation in science teaching and learning for all, the association publishes a range of peer-reviewed journals that reflect the needs of classroom teachers, science supervisors and administrators, teacher educators, and parents. Science and Children is NSTA’s journal for elementary school teachers.

As a member of the journal’s advisory board, Brennan will help guide the journal’s editorial direction. One of its primary areas of focus this year is the Next Generation Science Standards and the National Research Council’s document, A Framework for K–12 Science Education: Practices, Crosscutting Concepts, and Core Ideas. 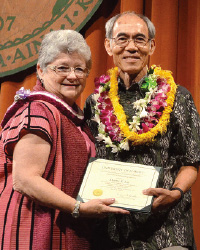 Morris Lai, longtime evaluator and principal investigator of the Pihana Na– Mamo Native Hawaiian education programs, received three major awards in 2011: the UH Ma–noa Chancellor’s Award for Outstanding Service, the president’s nomination from the University of Hawai‘i system for the governor’s award for employee of the year, and the College of Education’s Lifetime Achievement Award.

As a longtime evaluator and advocate for Native Hawaiian education, Lai has worked diligently to develop new culturally appropriate evaluation criteria, methods, and techniques. He has been a member of numerous committees and organizations focusing on the Native Hawaiian language, culture, and community and has generated over $26 million in extramural contracts and grants that serve Native Hawaiian students throughout the state. As one of a small number of faculty members able to read Hawaiian, he has also served on many doctoral committees for Hawaiian students wishing to write their dissertation in Hawaiian. His latest project, affectionately known as the “Lai-berry,” is a collection of titles on Hawai‘i and Hawaiian education that began with a personal donation of books and has since expanded to over 4,000 titles. 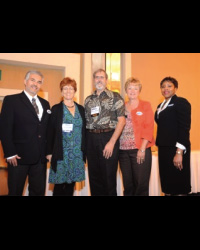 Melfried and Judith Olson were awarded the 2011 National Technology Leadership Initiative Fellowship Award at the annual meeting of the Association of Mathematics Teacher Educators (AMTE) in Irvine, California for their presentation, “The Nexus between Formative Assessment and Technology in Networked Classrooms: What Have We Learned?” co-authored by Michael Gilbert from the University of Massachusetts, Boston. The presentation described work conducted by a team of fourteen researchers from the University of Hawai‘i that compared two different professional development models for implementing formative assessment in networked classrooms on student achievement of algebraic concepts. The study was funded by a grant from the National Science Foundation and focused on thirty seventh-grade mathematics teachers from fifteen schools in Hawai‘i. 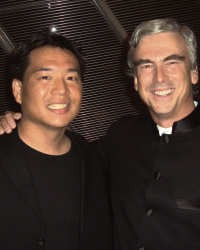 Ira Wong has been ULS Director of Bands for seventeen years, influencing the lives and musical understanding of hundreds of ULS students. As a teacher who is also a professional in his discipline, Ira is engaged in both the teaching and creation of music. In November 2011, the Dallas Wind Symphony performed Ira’s orchestral arrangement of the finale to Aaron Copland’s Third Symphony at the Morton H. Meyerson Symphony Center in Dallas, Texas, under the direction of Jerry Junkin. The Dallas Wind Symphony is regarded as one of the world’s leading wind orchestras, and Copland’s Third Symphony is one of the orchestral masterworks of the twentieth century. 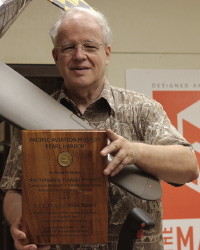 Neil Scott was presented with the Pacific Aviation Museum’s (PAM) first STEM Education Award on December 1, 2011. The award was given at the museum’s Fifth Anniversary Dinner & Hangar Dance, an event that commemorated the seventieth anniversary of Pearl Harbor. The STEM award is the first of what will be an annual award. Scott and his Archimedes Hawai‘i team developed flight simulators and a portable wind tunnel to help teach sixth graders about the principles of flight as part of PAM’s “Barnstorming Tour” education program. PAM and BAE Systems, who awarded Scott two grants during the design and construction process, have a goal of reaching all of Hawai‘i’s sixth graders with the program. “In this age of simulating everything on a computer screen, it was very gratifying to receive acknowledgement for a system that uses a real physical apparatus and real physical movements to provide more lifelike experiences,” Scott said. Scott acknowledged fellow CRDG colleagues Kathleen Berg, Raemi Tokuhama, and Kevin Gill, all of whom worked on the program with PAM. 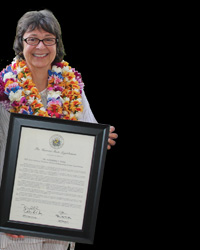 In 2011, Kathleen Berg was recognized by the Joint Venture Education Forum (JVEF) with a JVEF Outstanding Contributor Award. Each year since the award began in 2003, two individuals—one representative of the military and one of the civilian JVEF membership—are recognized for their work to further the goals of JVEF. Berg was named 2011 Outstanding Civilian JVEF Contributor at the JVEF annual meeting in August.

Established in 1999, JVEF is a partnership of the military community and the public schools of Hawai‘i. Co-chairs are the United States Pacific Command (USPACOM) Director of Manpower, Personnel, and Administration and the Hawai‘i Superintendent of Education. Board members include representatives from the following: all branches of the US armed services (Air Force, Army, Marine Corps, Navy, Coast Guard), Hawai‘i National Guard, state Board of Education, state legislature, Chamber of Commerce of Hawai‘i, Hawai‘i Business Roundtable, schools and districts with high proportions of military-dependent students, and parent organizations. Berg served on the board for a number of years as the representative for the Hawai‘i Air National Guard (HIANG), then after her retirement from HIANG in 2009, as the civilian co-chair of the JVEF Information and Communications Strategy Group. JVEF facilitates active military participation in Hawai‘i public education, serving to advance the military community’s responsibility in the pursuit of quality education for Hawai‘i’s public school students. 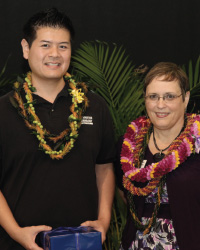 CRDG’s technology coordinator, Mark Yap, was the recipient of the University of Hawai‘i, College of Education’s Transformation Award for 2011. While the technology solutions he has created for CRDG, ULS, and the entire College of Education are truly transformative, Yap is best known, and most appreciated, for anticipating technology needs and for putting solutions in place before problems arise. He has established inventory controls, regular hardware and software replacements, and essential archiving and backup systems and is currently working on curriculum delivery to web-based and mobile applications. He has also been instrumental in helping ULS establish and implement their technology programs. As a member-participant of the Apple Developer Connection (ADC) and the Filemaker Solutions Alliance (FSA), he remains informed of the latest trends in hardware and software. Through his work, Yap has brought an elevated level of professional standards to CRDG’s IT services and kept the college at the forefront of innovations. 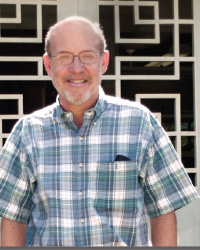 Paul Brandon was named the 2011 Research on Evaluation Distinguished Scholar by the American Educational Research Association (AERA) at their annual meeting in New Orleans. AERA strives to advance knowledge about education, to encourage scholarly inquiry related to education, and to promote the use of research to improve education and serve the public good.

Brandon has published several evaluation instruments that have been developed and validated in projects, has won two other AERA awards over the years, is the co-editor of the Exemplars section of the American Journal of Evaluation, is co-author of a book on evaluation, and regularly serves as a consultant on developing research and evaluation projects. He is an active member of the graduate faculty of the College of Education’s Department of Educational Psychology. Most recently, Brandon was appointed to serve as editor-in-chief of the American Evaluation Association’s topical journal New Directions for Evaluation for a three-year term beginning in January 2013.