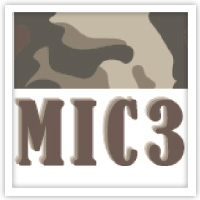 CRDG associate director Kathleen Berg was appointed in 2009 by the state Board of Education as the first Hawai‘i State Commissioner for the Military Interstate Children’s Compact Commission (MIC3), the national governing body of the Interstate Compact on Educational Opportunity for Military Children. This year, in fall 2011, her term was extended for another two years.

Hawai‘i was the fourteenth state to join the compact, which by November 2011 included thirty-eight states and covered nearly 90 percent of military dependent students in the nation’s public schools. The compact was designed to ease the transitions from school to school and from state to state that are part of the reality for children in military families due to regular moves between postings. While the armed services have made great strides in easing the transition of their personnel, their spouses, and, most importantly, their children, much remains to be done at the state and local levels to ensure that the children of military families are afforded the same opportunities for educational success as other children. Hawai‘i has been at the forefront of those efforts, with initiatives such as the Joint Venture Education Forum and, now, work with the MIC3. The fifteen-member state council, chaired by Berg, had its first meeting in April 2010. It was attended by the governor, who emphasized the importance of the compact. Since then the state council has addressed issues such as eligibility for athletic activities and placement involving algebra and Hawai‘i state history courses. Berg has served as the national vice chairman of the MIC3 since fall 2009, having been reelected to the post in 2010 and 2011.

Berg, who retired in 2009 from military service as a brigadier general and traditional member of the National Guard, brings real-life experience to her position, having been both a military spouse and a recognized member of the Hawai‘i Air National Guard. As an educator, she has extensive experience teaching K–12 and has been associate director of CRDG since 2003. Her most recent research interests have centered on issues affecting military dependent students in Hawai‘i public schools.