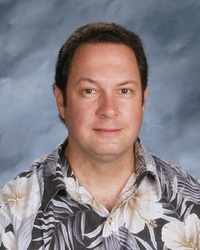 The long-standing partnership between CRDG and the University Laboratory School (ULS) entered a new phase this year with a change in administrative structure, but as Principal Keoni Jeremiah wrote in his back-to-school letter, the fundamental partnership between COE/CRDG and ULS remains unchanged.

The ULS serves two interlocking missions: to design and deliver to its students the best possible education and to serve the educational research and development community through the invention and testing of high quality educational programs. The student population is randomly selected from among applicants to represent a broad cross section reflecting the state population distribution of gender, academic achievement, family income, and ethnicity. All students are in school for 7.5 hours each day and take a challenging comprehensive curriculum that includes English, mathematics, science, social studies, art, and music each year as well as foreign languages and electives beginning in grade ten. The school has no tracking of students. All students take the identical core curriculum in high school in non-segregated classes. All students graduate ready for college, work, and responsible citizenship.

The school curriculum is performance-based and built on multi-year sequences of learning emphasizing creativity, inquiry, problem solving, and active learning. The broad range of activities included in the school’s core curriculum allows its students to excel in state- and national-level competitions in all areas. Approximately 80 percent of ULS students participate in activities outside of school in visual and performing arts, speech, mathematics, music, writing, science, social studies, and athletics.

The school is widely recognized as successful with diverse learners, as substantiated by high scores on standardized tests, graduation rates, and post-secondary enrollment. Non-academic indicators that add to this picture of success include daily attendance rates between 95 and 98 percent, and consistent post-secondary acceptance rates in the neighborhood of 98 percent.

Among the changes in the school this year was a new administrative team that saw old friends return to the school to serve in new roles. Keoni Jeremiah, who had served as vice principal from 2004 to 2009, became principal in 2009. In his letter to students and parents, he described his history and connections to the school:

The University Laboratory School is a very special place to me as I have had the privilege and experience of being a student, coach, and vice principal over the course of the past twenty-four years. All of these opportunities have provided me with many very rewarding experiences and I will do my best to continue these opportunities for all of the current and future University Laboratory School students.

It is difficult to express the excitement I am feeling in being the new principal of the University Laboratory School. It is an honor and privilege to be at the service of an outstanding faculty and the wonderful parents and students that make up our school community.

Joining Jeremiah in the role of vice principal is long-time ULS administrator Peter Estomago. Estomago has served, over the past 19 years, as teacher, assistant athletic director and interim principal. Betty Nakamoto returned to the school office where she had worked from 1988 to 2002. Tracy Teixeira, Dean of Students, and James Bukes, Athletic Director, join these three to complete the administrative team.