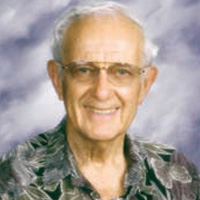 Emeritus professor Dr. Arthur R. King, Jr., visionary founder and long-time director of the Curriculum Research & Development Group at the University of Hawai’i, died February 2, 2009 in Honolulu. He was 87.

King was born and raised in Portland, Oregon. He was the first member of his family to attend college, and he lived his life as a spirited and joyful champion of the best college-preparation, liberal arts education for all students. King was a veteran of World War II and, following the war, remained active in the U.S. Naval Reserve until his retirement in 1981 at the rank of Captain. King earned his BA from the University of Washington and his MA and EdD at Stanford University. In 1955, he joined Claremont Graduate School as an associate professor of education where he remained until 1965.

Joining the research faculty of the University of Hawai’i’s College of Education in 1965, King partnered with John A. Brownell in 1966 to produce their groundbreaking book The Curriculum and the Disciplines of Knowledge: A Theory of Curriculum Practice, articulating the theory that each of the disciplines of knowledge had its own mode of inquiry, specialized language, heritage of literature and artifacts, and traditions, and that the community of scholars these domains created should be the basis for liberal and general education. King was able to put his theory into practice when Dean Hu Everly charged him with reorganizing and repurposing the University Laboratory School to create a center for curriculum development. The center he created and directed for nearly forty years was based on the notion of the classroom as a community of scholars and cast each student into the role of authentic practitioner. The work that he led, and that CRDG continues to do, has resulted in cutting edge research, curricula based on inquiry within the disciplines of knowledge, and professional development programs that have impacted generations of educators in Hawai’i and around the world.

Following his retirement in 2003, King remained active in the CRDG family, writing a history of the unique experiment that became CRDG and University Laboratory School and developing a thesis on schools as systems. His belief in and commitment to a quality liberal arts education for all sustained him through political and economic challenges and is the foundation of CRDG’s enduring success. The depth and breadth of his knowledge and leadership, along with his vision for creating and sustaining a university-based R&D center with a real-time school as a laboratory remain the foundations of the internationally recognized organization he created and led for so many years. 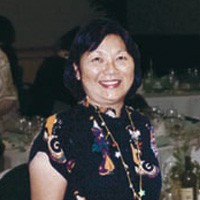 Dr. Diane S. McCoy Witt, who dedicated over thirty years of service to the Curriculum Research & Development Group, passed away on November 17, 2009.

Diane was one of four siblings born into a family where both parents were musicians. Her violin studies at Roosevelt and Punahou schools earned her prominence at an early age, and she earned her performance degree at the nationally renowned Indiana University School of Music. She went on to earn both her master’s degree in secondary education and doctorate in educational administration from the University of Hawai‘i’s College of Education.

Diane’s professional body of work, produced during her thirty-two-year career with CRDG and the Laboratory School, includes a comprehensive music education curriculum co-authored with Leon Burton as well as textbooks and teacher training programs for guitar and ukulele. Her later work included another collaboration with Burton to produce a comprehensive kindergarten program that included instruction in the arts along with the usual academic subjects; research on teacher retention; and a variety of projects as an assistant to the CRDG director.

Diane’s personal journey included a number of avocations inspired by her twenty-plus-year pursuit of renewal and self-improvement as a student of Buddhism and Gestalt psychotherapy. She counseled bereaved children at Hospice Hawai‘i, mentored numerous friends and colleagues, and generously shared her wisdom with all who came to her in need. She was most proud of her accomplishments as a mother of two talented daughters: Heather, a historian and high school teacher, and Jennifer, who is completing her advanced degree in geology.

In her life and in her work, and finally in her struggle against a formidable disease, Diane demonstrated a resiliency and inner strength that serves as a model for all who aspire to live a courageous life. 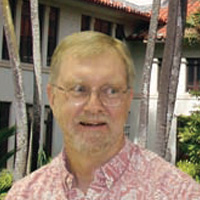 Born in New York City, Speitel earned his baccalaureate degree in biology from Manhattan College in 1967. Drawn to Hawai‘i’s unique flora and fauna, he came to the University of Hawai‘i at Manoa (UHM) in 1967, where he earned his PhD in botanical sciences in 1975. It was in the PhD program at UHM that Speitel discovered the excitement of instilling learning in others, and his interests shifted from the field to the classroom. He would devote the rest of his professional career to CRDG. “For many of us, Tom was someone to look up to and laugh with. He was generous with his expertise and knowledge, no matter the issue,” said senior digital arts designer Byron Inouye.

Speitel authored and coauthored numerous scholarly publications and created several software programs for the classroom. In the early 1990s, he developed the Science Web of Instructional Media that connected hundreds of multimedia resources to science curricula developed by CRDG, putting him at the forefront of what the Web could do for classroom learning. In 1999, the Hawai‘i Marine Sciences Studies program, which Speitel and assisted the Space and Naval Warfare Center with human and information system interaction infrastructure development. He led distance learning course development projects for the Department of Defense Education Activity and worked closely with CRDG’s Invention Factory to provide hands-on invention activities for schoolchildren and teachers. His most recent work was the development of Automatic Interviewer, an audio-visual in CRDG, said, “Tom was driven to provide as many hands-on experiences in the field of educational technology as possible. His unwavering support in our educational technology efforts will be missed, but not as much as his smile.”