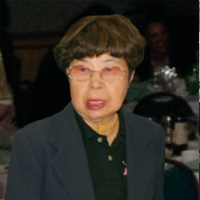 Sakihara Sensei has been teaching Japanese language and culture to ULS students for twenty-seven years. In Kimono Culture class students are encouraged to share with others what they learn in the classroom. They have taught the students from other high schools how to wear yukata (summer casual kimono) and how to tie obi-sash through hands-on activities at Japan Day, a semi-annual program sponsored by the Japan-America Society of Hawaii, where they have been the only students who participate as presenters. They have dressed more than 700 Punahou seniors over the span of twenty years at the Punahou Kimono Party, in which the Japanese class seniors are dressed in formal kimonos for picture-taking. And they have been in great demand at Shichi-go-san, a children’s kimono dressing festival, where they dress about 160 children in formal kimono every year.

Sakihara Sensei elected to receive her award in Hawai’i instead of going to Japan to receive it from the Emperor because she wished to share this award with the volunteers and others in Hawai’i who have helped with this program. She gives all the credit to her beloved students who have showcased the art of kimono dressing for the last twenty-seven years and acknowledges the support from Takayoshi Mizushima, who generously contributed to the Kimono Culture program throughout the years.