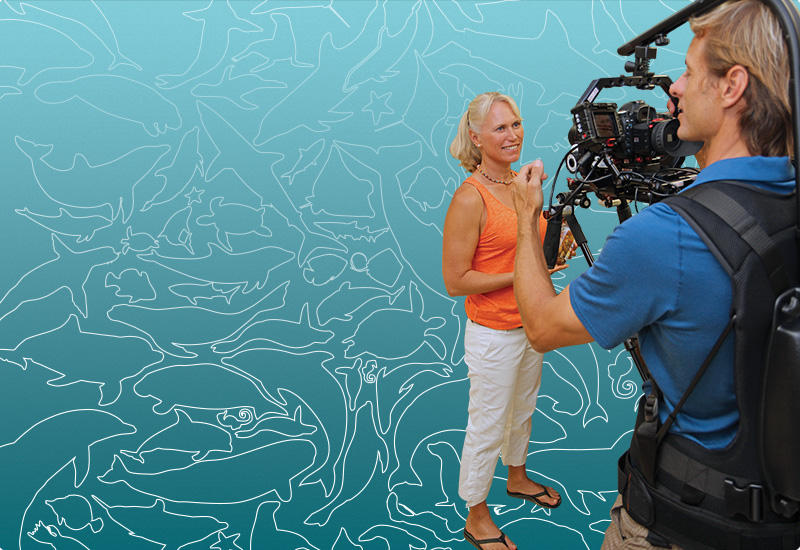 Voice of the Sea, an ocean science-focused television show, began airing in January 2014 on KFVE, The Home Team. Developed in collaboration with the Hawai‘i Sea Grant Center for Marine Science Education with funding from the National Oceanic and Atmospheric Administration, Voice of the Sea is hosted by CRDG’s Kanesa Seraphin. Each episode highlights the technology, ideas, questions, and real-life details of scientific and cultural experts in the Pacific as it brings us thought-provoking information, ideas, and stories of relevance to Hawai‘i.

Voice of the Sea, which features episodes that are aligned with and supplement CRDG’s marine science curriculum Exploring Our Fluid Earth, has profiled many of the most cutting-edge researchers in aquatic science. The on-site interviews at marine science research facilities around the Pacific inspire interest in ocean science and teach concepts that apply to viewers lives and relationships with the ocean and the planet, creating a more engaged and vibrant community.

The show launched in 2014 with nineteen episodes shown on KFVE. It was the winner of 11 Telly Awards since 2014 and was featured on Sunrise Hawai‘i News Now’s and Hawai‘i Public Radio’s Bytemarks Café. More information as well as TV and online episodes can be found at voiceofthesea.org.