Posted at 12:15h in Past News by admincrdg
Share

The Ka Wana series, part of the Pihana Nā Mamo Native Hawaiian education program, offers new insight into the philosophy and way of life of Native Hawaiian culture. Those raised in these traditions will find memorable recollections, while those unfamiliar with Native Hawaiian values and practices will find insights and guidance.

The Ka Wana series consists of eleven short volumes covering a range of subjects including ethics and philosophy, leadership, education, health, management, protocol, and religious beliefs. Each volume is illustrated with historical documents accompanied by detailed cultural descriptions or with photographs of contemporary cultural practices.

Author Malcolm Nāea Chun uses traditional and historical examples to show behavior, thoughts, and values, then analyzes events in both traditional and contemporary contexts. All descriptions are cited so the reader can explore them in their original context. Chun asks readers to think about whether we are following those traditions today, or whether we have changed them or are making them up. The implications of his findings will cause some to reexamine and rediscover a true sense of Native Hawaiian values and virtues.

As a researcher and scholar, Chun has worked throughout his life with Native Hawaiian agencies and organizations, and has accumulated years of cultural experiences, both in Hawai‘i and while living among other Polynesians and Pacific Islanders. The Ka Wana series is a lifetime achievement, a masterful work that pieces together fragments of historical and cultural information to form a clearer picture than we have ever had before. 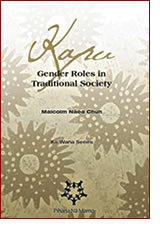 Kapu touches upon the sensitive issue of the role of men and women in Native Hawaiian society. Looking for the earliest traditional and historical accounts, Malcolm Nāea Chun traces the roles of men and women in traditional society and describes the ending of the kapu system and the influence brought about by the introduction of foreigners and foreign ideas. He then poses a most difficult question for Native Hawaiians since the ending of the kapu system and the overthrow of the kingdom: What are the roles of Native Hawaiian men and women today? Do they preserve and represent Hawaiian culture and society, and if not, what is being done about it?

HO‘OMANA: Understanding the Sacred and Spiritual 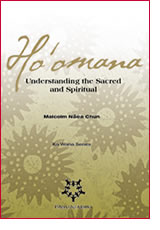 Ho‘omana examines what happened to Native Hawaiian beliefs from the time the priests ended traditional temple worship in 1819 to the present day controversies over sacred sites and objects. As a former Cultural Affairs Officer for the Office of Hawaiian Affairs, Malcolm Nāea Chun was actively involved in the early initiatives of cultural and historic preservation and knows well of the conflicts and struggles that involve and invoke Hawaiian beliefs. He has written and published several articles on the historical dialogue between traditional religion and Christianity.

In Ho‘omana Chun uses primary Native Hawaiian sources to compare pre-contact practices with contemporary beliefs and practices, looking for what has been retained, what has changed, and which current practices should be considered questionable as Native Hawaiian. 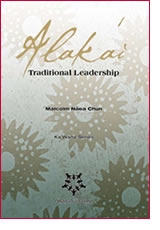 When Kamehameha unified the islands into a single kingdom, an ideal for Native Hawaiian leadership was born. What was leadership like prior to Kamehameha’s rise and why was his feat a defining moment for the culture? In Alaka‘i Malcolm Nāea Chun combines traditions of the early chiefs with the well recorded legacy of Kamehameha to piece together a picture of traditional leadership. Then, bringing this idea forward to the present day, he asks which qualities have been retained, and which should be reintroduced. 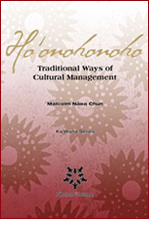 Can culture- and tradition-bound Hawaiians survive in the modern business world? This is a question that has been asked over and over as economic prosperity has risen in the islands but by-passed the Hawaiian community.

International economic initiatives and development began with the first tourists—the British explorers that accompanied Captain James Cook in 1778. But systems for managing natural and human resources in the island chiefdoms were well established prior to their arrival. Malcolm Nāea Chun examines the accounts of both Native and non-native writers to discover what he calls “cultural management” then explores how its tools and techniques can be used today for organizations that want to be culturally based and to operate effectively in the modern business world.

HEWA: The Wrong Way of Living 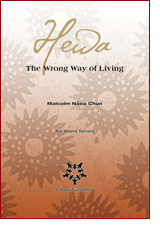 Last of the series, Hewa looks at what behaviors are considered unbecoming in a Hawaiian and why. Early Native Hawaiian scholars wrote a lot about what constituted good and bad behavior in their day as foreign influences increased. Today, the dominance of American culture in Hawai‘i forces Native Hawaiians to think carefully about how they can retain a cultural identity. This series, and especially the first and last volumes—Pono and Hewa, brings to light those traditions of Native Hawaiian culture that are essential to being Hawaiian, then and now. 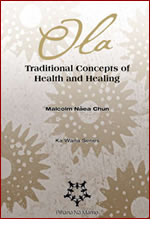 Health is a primary concern among Native Hawaiians. Despite the fact that early foreign accounts record the good health of the native population and the state of Hawai‘i is called the “healthy state,” Native Hawaiians top the statistical data for modern diseases and chronic illness.

Many have written and commented about this situation and in Ola, Malcolm Nāea Chun brings together the writings of early Native Hawaiian scholars and the eyewitness accounts of foreigners and missionaries to develop a historical perspective on this issue. He then uses his experience working in Hawaiian health at the Department of Health and as a translator of Native Hawaiian manuscripts on traditional Hawaiian medicine to examine the topics of diet and religion as they pertain to traditional well being. 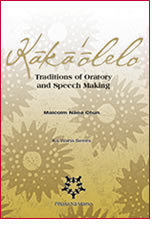 In one of his last published papers, Te Rangi Hiroa (Sir Peter Buck), the only Polynesian director of the Bernice Pauahi Bishop Museum, asked what happened to Hawaiian oratory and speech making. Oratory is renowned throughout the Pacific, especially in Polynesia. But who were, and are, the great Hawaiian orators? What are the most memorable of the traditional speeches, and why are they remembered and recited today?

Malcolm Nāea Chun takes up this Māori challenge, describing the historical roots of Hawaiian oratory and its eventual decline. He adds to this his personal experience as a speech writer and as a speech maker to Kings and Queens, indigenous tribunals, conferences, and gatherings to re-create a formidable picture of Hawaiian oratory, finishing with a discussion of what can be done today to revive this forgotten art form.

WELINA: Traditional and Contemporary Ways of Welcome and Hospitality 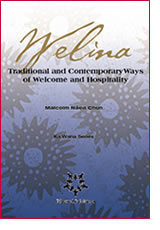 Hawai‘i may be the “Aloha State,” but what is traditional Hawaiian protocol? That was the challenge Hawaiians faced in 1985 when the first large group of Maori came to Honolulu to pay tribute to their relation, Te Rangi Hiroa, Sir Peter Buck, at the Bernice Pauahi Bishop Museum where he had been the director. How were they to be greeted? What was to be done? Welina, also a traditional term used for greetings, explores what traditional welcomes were like and follows the development of more contemporary ways of greeting that incorporate the traditions of Hawaiians and other indigenous peoples.

PONO: The Way of Living 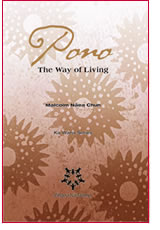 When confronted with the question, “What is the greatest Hawaiian value?” researcher and scholar Malcolm Nāea Chun, after a very long period of consideration, decided it has to be pono. What about lokahi, aloha, ola, mahalo, or other buzz words used today to describe Native Hawaiian values? In Pono, The Way of Living Chun explores why pono is the core value for critical Native Hawaiian thinking and decision making. He uses traditional and historical accounts to describe what pono means, how it was valued in traditional society, and the key role it has in modern Native Hawaiian society. Pono, The Way of Living is the first volume in the Ka Wana series and as such, presents the world view of Native Hawaiians. 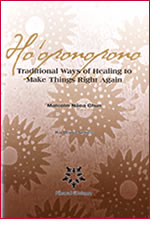 Pono is about the importance of living a life of goodness. But what happens when that struggle is knocked out of balance? The cultural practice of restoring this goodness to what it once was is called ho‘oponopono, now a widely known and respected part of Native Hawaiian culture. But without the advocacy of Mary Kawena Pukui and the Queen Lili‘uokalani Children’s Center, ho‘oponopono might well have been forgotten. Malcolm Nāea Chun traces the practice of ho‘oponopono back to the earliest traditional accounts, taking the reader on a journey through the practice’s acceptance in academic circles and its institutionalization into health and social practices in modern Hawai‘i. 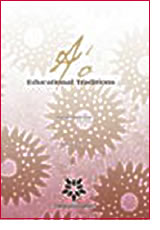 A‘o offers traditional and historical examples that provide insights into the practices of learning and teaching in a native society, bringing together cultural and educational perspectives to help parents, teachers, and administrators develop new ways of learning that are relevant to a cultural based native community.