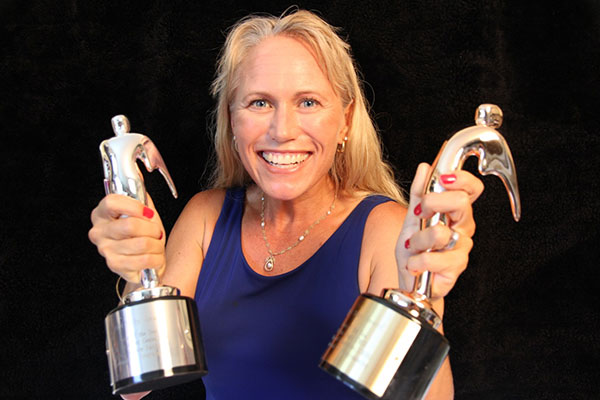 Posted at 09:18h in Past News, Science by admincrdg
Share

Voice of the Sea television series, a signature project of the University of Hawai‘i Sea Grant Center and the College of Education Curriculum Research & Development Group (CRDG), recently received six 2014 Telly Awards. The premier awards program has been honoring excellence and supporting creativity in local, regional, and cable television programming since 1978. Voice of the Sea was selected out of more than 12,000 entries from all 50 states and five continents.

Hosted by Dr. Kanesa Duncan Seraphin, the series began airing on KFVE on January 5, 2014. Every Sunday at 6:00 pm, the half-hour show features esteemed ocean/coastal scientists and cultural experts who support the show’s purpose of teaching relatable concepts about our relationship with the planet, showcasing STEM (science, technology, engineering, and mathematics) careers, and inspiring an interest in ocean science.

Voice of the Sea won a silver Telly, the most prestigious award, for cultural programming as well as five bronze Tellys for educational programming, documentary programming, use of graphics, editing, and videography.

“We are so proud to have won these Telly Awards,” said Seraphin. “To win a single award is fabulous, but to win six? We are blown away!” Seraphin is an associate professor at CRDG and the director of the UH Sea Grant Center. As a science education expert, she has appeared on other programs, such as National Geographic, and the BBC.