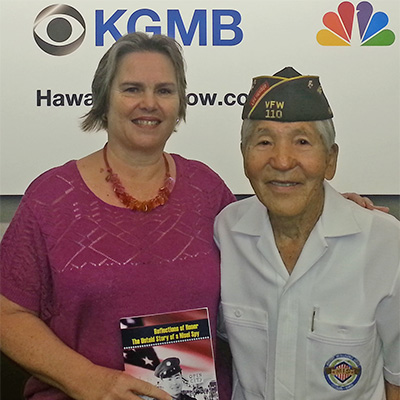 Posted at 18:49h in Past News by admincrdg
Share 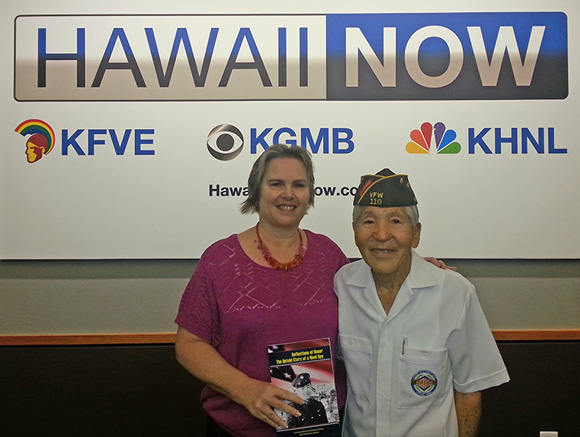 Here is the link of the interview:

http://www.hawaiinewsnow.com/category/240193/new-video-landing-page?autoStart=true&topVideoCatNo=default&clipId=9515353
This new CRDG title accounts the heroic life of Arthur Komori, a Nisei Spy, who was born and raised in Hawaii and was one of two Japanese Americans recruited to the US Army Counter Intelligence Corps (CIC) to pose as Japanese sympathizers and spy on Japan’s activities in Manila in the months leading up to World War II.

When the war started, Nisei Komori served his country as a translator and undercover agent both on the front lines and behind the scenes in General MacArthur’s headquarters, even while at home over 120,000 Japanese Americans were interned in relocation camps. More than just a spy, Komori’s varied responsibilities also included interrogating prisoners of war and helping to train new linguist recruits and prepare them for work in the Pacific. Komori was also with General MacArthur when he retook the Philippines and was in Tokyo Bay to witness the surrender of the Japanese to the Allied Powers.

Nisei Komori passed away in year 2000; fortunately, he recorded his story in journals, reports, and even poetry. This long overdue account of a decorated Military Intelligence Hall of Fame inductee reveals an important chapter in the history of Japanese Americans during World War II.

CRDG is proud to publish the “Reflections of Honor: The Untold Story of a Nisei Spy,” the title will be available for sales later this month at the Marketing and Publication Services unit at CRDG.  For updates and more information, please visit our facebook at: https://www.facebook.com/reflectionsofhonor or website at: https://manoa.hawaii.edu/crdg/news/reflections-of-honor-the-untold-story-of-a-nisei-spy/