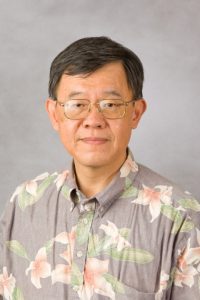 Professor David Yang (Ph.D., CMA, CFM) received his BA degree from the National Taiwan University, his MBA degree from the University of California at Berkeley and his Mph and PhD degrees in Accounting from Columbia University. He has co-authored the first comprehensive English book on Chinese Accounting and Auditing after China’s Accounting reform of 1993, Accounting and Auditing in China (1998, Ashgate). His book on financial management, published in China, has sold over 50,000 copies in China. Also, he co-edited China’s Economic Powerhouse: Economic Reform in Guangdong Province (2003, Palgrave MacMillan). Having taught at Peking University and National Taiwan University, he has consulted on financial and accounting management concerns for major firms in China and the U.S.A. Specializing in financial accounting and reporting, financial analysis and international accounting, with a particular emphasis on Chinese accounting systems, Professor Yang has been honored with numerous awards for teaching excellence, including the Outstanding Professor Award by the Delta Theta Chapter of Beta Alpha Psi, Dennis Ching/First Interstate Memorial Teaching Award, the University of Hawaii College of Business Administration Teaching Excellence Award and the University of Hawaii Regents’ Medal for Excellence in Teaching. Professor Yang served as Director of the School of Accountancy from 1992 to 1994, from 1997 to 2000, and Interim Associate Dean for Academic Programs (2006-2009) of Shidler College of Business, University of Hawaii at Manoa. He is a member of Beta Alpha Psi and Beta Gamma Sigma. He served as the President of the Association of Chinese Scholars in Hawaii (2000-2001), President of Chinese Accounting Professors Association-North America (1997-1998), Associate Director of Peking University’s Research Center for International Accounting and Finance (1996-1998), an Executive member of Center for Chinese Studies at the University of Hawaii (1996-2002, 2014-2015) and Vice President of Association for Chinese Management Educators (1999-2000). From 1996 to 2016 he served as an independent Board member of City Mill, which received the Hawaii 2003 Best in Business I of the Year (“over 10 Million in revenue” category) award. Professor Yang, a CFM (Certified Financial Manager) and a CMA (Certified Management Accountant), is currently a Professor of the School of Accountancy at Shidler College of Business and Director of Center for Chinese Studies at School of Pacific and Asian Studies, University of Hawaii at Manoa. Among his over 4,000 students at the University of Hawaii at Manoa, many of them became accountants, managers or partners of CPA firms, or accounting professors in Asia and in the United States.