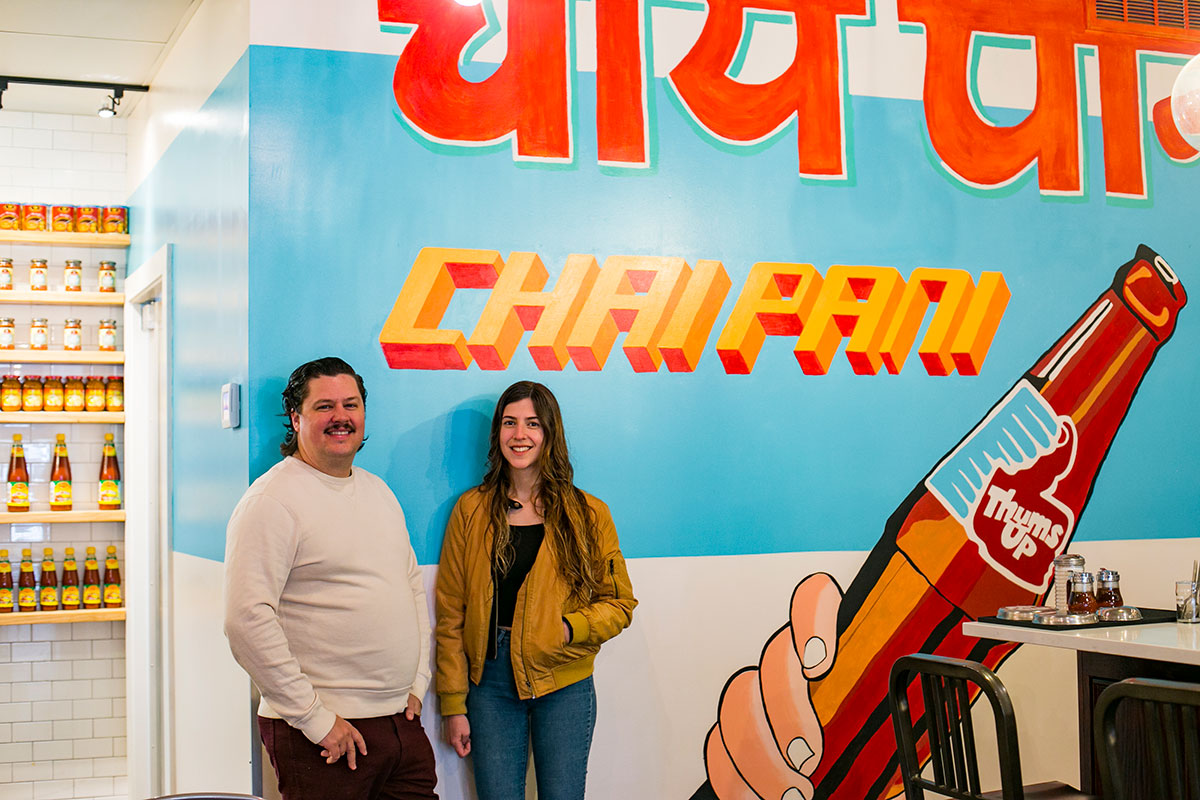 Designer, fine artist, and printmaker Michael Files graduated from UH Mānoa in 2007 with a BFA specializing in printmaking. As creative director for restaurants such as Chai Pani in Asheville, NC (included in the 2021 New York Times list of America’s top 50 restaurants and a current semifinalist for the James Beard Award for Outstanding Restaurant), he uses his skills in artistic design, logistics and project management to help chefs create aesthetic environments enhancing the guest experience.

Other restaurants in the Chai Pani restaurant group he has helped to open include Botiwalla, Spicewalla, Buxton Hall, Buxton Chicken Palace and Nani’s Rotisserie Chicken. Files’ approach integrates the range of skills he developed for his own art practice, beginning with his time at Mānoa. Although his focus was on printmaking, Files was strongly inspired by the way performance art integrates spatial and visual elements to create a viewer experience. “When I look back at it now, it’s almost like I’ve been doing the same thing I now do professionally.” 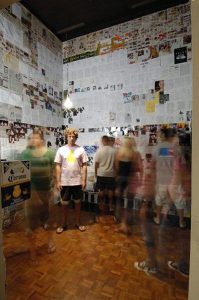 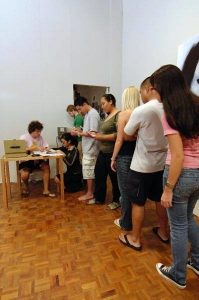 Student Life
A native of South Carolina, Files chose UH Mānoa so he could get his degree while enjoying his passion for surfing. He began his art study in his first semester at UH, but courses outside his major, such as Hawaiian Studies, pushed Files’s appreciation for other cultures. As he approached his final year at UH, when Files was deciding between concentrations in printmaking and design, Professor of printmaking Charlie Cohan helped Files list pros and cons. While graphic design might lead to more financial stability, he chose printmaking because he enjoyed its tactile processes, and because of Cohan’s mentorship. Files’s best memory as a student was his final BFA exhibition. He had been heavily influenced by performance art and wanted to incorporate elements of performance to the practice of printmaking. Files invited his viewers to clock in for a shift in which he would pay them minimum wage to sit silently with him in the printmaking installation.

Professional Discoveries
Files loves that his job and his artistic practice are intertwined. “It is great to be paid to do creative things,” says Files. He loves making art for the sake of making art, but he also loves that his work is valued and experienced on a daily basis. Files says, “The root of [my design for restaurants] is my love for India and my love for street culture in India. I love the day-to-day there. My main satisfaction comes from the experience of shepherding people and ideas through the process of building a space out, making it interesting, and helping other people, including chefs and restaurateurs, to build their brand and bring in the human experience.” 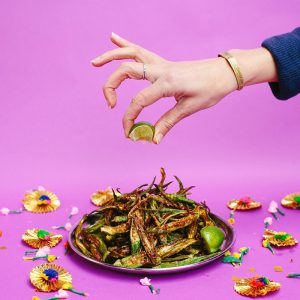 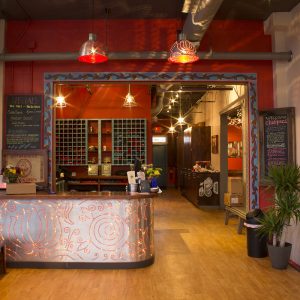 The UH connection
There is no restaurant design major at UH Mānoa. But the environment at UH, and the skills Files developed while bringing his BFA thesis project to life, provided him with the preparation he needed. Designing and implementing a restaurant’s interior environment is not unlike designing and implementing an art installation, from the design and research to the logistical skills of budget, materials and project management.

Files’s future plans are still slightly in flux. He just returned from a sabbatical spent traveling through Mexico and Central America, and he will continue his work with Chai Pani in opening its next location while continuing his work with the Spicewalla brand. He also has some projects in the works in a beautiful little surf town called Saladita on the west coast of mainland Mexico in the state of Guerrero.

As a student, Files had the freedom to explore with the people he respected, but could also receive honest feedback for his work. The experience beyond the classroom helped him further his studies: learning from Hawai‘i itself.

“It wasn’t just the university,” he says, “but being a part of something I didn’t know before. Something about Hawai‘i pushed me to go deeper.”