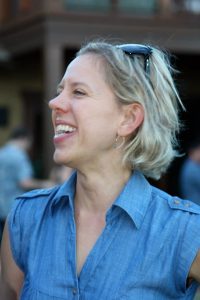 Bio: I am an affiliate faculty member of NREM and a social science researcher with the US Forest Service. I am an ethnobiologist with a PhD in anthropology and a certificate in Ecology, Evolution, and Conservation Biology from the University of Hawaiʻi at Mānoa. My research investigates the relationships among local knowledge, community-based resource management, and global environmental change. I am interested in the role of natural resources as cultural resources, the interactions between environmental and human health, and collaborative resource management. I am broadly interested in how diverse perspectives can improve our understanding of our reciprocal relationships with nature, and offer insights on thoughtful ways of living in the world. END_OF_DOCUMENT_TOKEN_TO_BE_REPLACED

Born and raised in Hawai’i, Kirch received his B.A. from the University of Pennsylvania and Ph.D. from Yale University. Before joining the University of Hawai’i faculty in 2019, Kirch held positions at the Bernice P. Bishop Museum, the University of Washington, and at the University of California, Berkeley, where he taught from 1989-2017. An anthropologist and archaeologist of Oceania, Kirch’s research interests include the evolution of complex societies, indigenous agricultural systems, and the dynamic interactions between human populations and their environments. Kirch uses islands as “model systems” for understanding both cultural evolution and the complex dynamics between humans and their island ecosystems. He has carried out archaeological fieldwork in the Mussau Islands, Solomon Islands, Tonga, Samoa, Futuna, the Cook Islands, Society Islands, Mangareva Islands, and Hawaiian Islands. Kirch has published some 25 books and monographs, and more than 300 articles and chapters on the results of his research in the Pacific. He is a member of the U.S. National Academy of Sciences, American Academy of Arts and Sciences, and the American Philosophical Society, and he currently serves on the Board of Directors of the Bishop Museum. 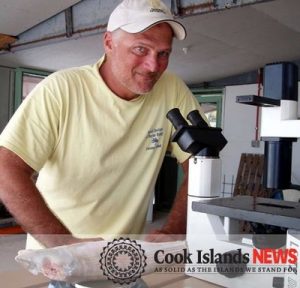 Over the past 35 years Dr. Alan Friedlander has spent > 10,000 hours underwater—from coral reefs to the poles and to depths of thousands of meters. Dr. Friedlander is director of the Fisheries Ecology Research Laboratory at the University of Hawai‘i and Chief Scientist and Director of Research for the National Geographic Society’s program, Last Wild Places. He leads research efforts to help understand and conserve iconic, special places in the ocean and is an expert in marine ecology, fisheries, and conservation.  His work on marine protected areas ranges from small locally community-managed areas to some of the largest protected areas on the planet. Alan received his Ph.D. from the University of Hawai‘i and was a National Research Council Postdoctoral Associate with NOAA in Monterey, California. Alan is a Fellow of the Royal Geographical Society, Fellow of the Explorers Club, Duke University Distinguished Conservation Scholar, and along with the National Geographic Pristine Seas Team, was awarded the 2014 Environmental Hero Award by the Environmental Media Association and the 2016 Crystal Compass National Award from the Russian Geographical Society.

Dr. Sam ʻOhu Gon III was born and raised in Nuʻuanu, and over a 40+ year career in conservation in Hawaiʻi has advocated for integration of Hawaiian cultural values and knowledge in conservation efforts. He received his bachelors degree in Zoology from UH Mānoa (the first recipient to have Hawaiian accepted as fulfilling the language requirement for a life science degree). He went on to the University of California at Davis to earn his Masters degree in Zoology (Ecology, Evolution and Behavior) and his Ph.D. from the Animal Behavior Graduate Group there, conducting a comparative behavioral ecology study of the Hawaiian Happyface Spider (Theridion grallator).

END_OF_DOCUMENT_TOKEN_TO_BE_REPLACED 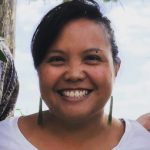 Rosie ʻAnolani Alegado was born and raised in Kaʻiwiʻula Oʻahu, and lives with her family in Āhuimanu, Kahaluʻu. She is an Assistant Professor of Oceanography and Sea Grant at UH Mānoawhere she is Director for the Center of Excellence in Integrated Knowledge Systems and a member of the Center for Microbial Oceanography: Research and Education. Rosie completed her postdoctral work in evolutionary biology at UC Berkeley and holds a PhD in Microbiology and Immunology from Stanford and a BS in Biology with a minor in Environmental Health and Toxicology from MIT. Her work focuses oninvestigatinghow microbes shape the adaptive potential of their ecosystem across a broad range of biological and temporal scales. In partnership with Paepae o Heʻeia, her group has tracked the influence of restoration, storms and multi-annual climate patterns on the health of Heʻeia Fishpond since 2014. Together with the non-profit Kuaʻāina Ulu ʻAuamo and Hawai’i Sea Grant, she is involved in developing kūlana noiʻi, a process wherein researchers build and sustain equitable partnerships with community. She is deeply committed to increasing participation of underrepresented minorities in STEM and is the Director of the School of Ocean and Earth Science and Technology Maile Mentoring Bridge Program, providing individualized mentoring and peer support for undergraduates transitioning from community colleges to Mānoa. In 2018, she was confirmed to the City & County of Honolulu Climate Change Commission. 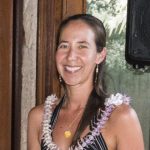 Dr. Kimberly Burnett is a Specialist Faculty with the University of Hawaii Economic Research Organization (within the Social Science Research Institute) in the College of Social Sciences at the University of Hawaii at Manoa. Her primary research interests include environmental and natural resource economics, invasive species management, and watershed management, particularly for Hawaii and the Pacific. Kimberly’s publications and extramural grants have focused on invasive species and watershed management, groundwater management and the value of watershed conservation. 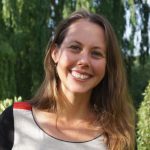 I am an Environmental Management Assistant Specialist with the UH Economics Research Organization (UHERO) and the Water Resources Research Center (WRRC). As a geographer by training, I am drawn to inter-disciplinary, collaborative, and participatory research around land and water management futures. I am particularly interested in policies and strategies to support watershed management and planning for multiple cultural, socio-economic, hydrologic, and ecological benefits. My work focuses on water resources management and planning in Hawaiʻi and on water funds and compensation for ecosystem services programs in the Andes. I have an MS in Conservation Biology from Victoria University of Wellington (New Zealand) and Macquarie University (Australia) and a PhD in Geography from UC Santa Barbara and San Diego State University.

END_OF_DOCUMENT_TOKEN_TO_BE_REPLACED 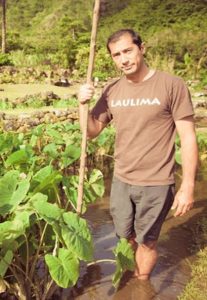 Kawika Winter is a multidisciplinary ecologist who has focused his research and professional career on large scale biocultural restoration of social-ecological systems in Hawai`i.  His particular areas of interest include revival of traditional resource management, and he operates in the spheres of academia, conservation, and policy.  After serving more than a decade as the Director at Limahuli Garden and Preserve on the island of Kaua`i, he is now the Reserve Manager a the He`eia National Estuarine Research Reserve on O`ahu.  He holds a faculty position at the Hawai`i Institute of Marine Biology (University of Hawai`i at Mānoa), is an Affiliate Faculty in Natural Resources and Environmental Management (University of Hawai`i at Mānoa), and is a Research Associate with National Tropical Botanical Garden. 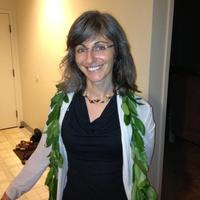 I am an assistant professor in the Department of Linguistics at the University of Hawai‘i at Mānoa. I’m primarily a documentary linguist specializing in Athabascan (Alaska) and Chimbu-Wahgi (Papua New Guinea) languages. My approach to language description examines field-collected data and archived materials in a discourse-functional theoretical framework. I consider language to be a human behavioral phenomenon to be studied in the context of discourse and society, and I see grammatical structure as a product of the cultural and linguistic practices of the members of a speech community. END_OF_DOCUMENT_TOKEN_TO_BE_REPLACED 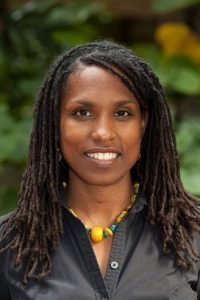