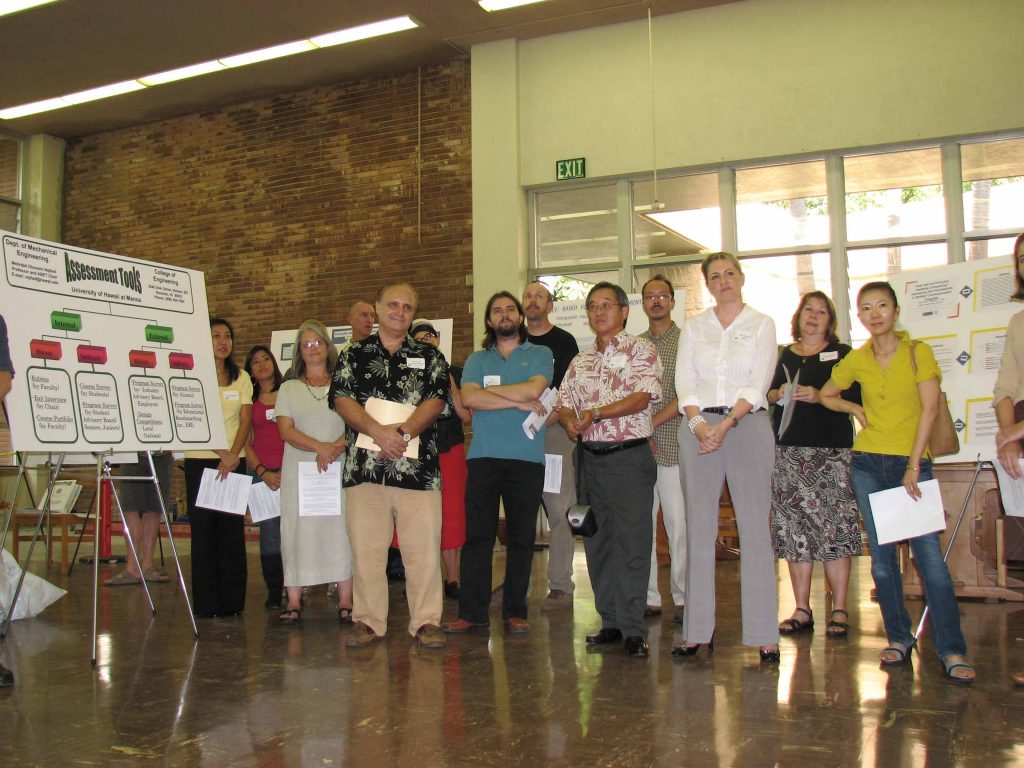 Several studies have revealed that successful mentoring affects college student retention. Also, research on attrition shows that the first year is a critical stage in students’ decisions to persist or leave college. Nora & Crisp have recently identified four essential elements to mentoring: psychological/emotional support; support for setting goals and choosing a career path; academic subject knowledge support aimed at advancing a student’s knowledge relevant to their chosen field; and specification of a role model. In the 2007-2008 Academic Year, over 400 first-year students in English 100 at UHM were mentored by MA or PhD students in English, and analysis of their standardized end-of-term evaluations revealed that students identified each of the elements above in varying degrees, with “academic subject support knowledge” identified 79% of the time and with at least one of these elements identified 85% of the time. These results suggest that mentoring when delivered as part of a course holds great potential for boosting student retention at UHM. By Jim Henry