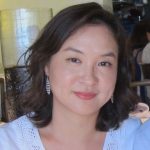 Professor Park’s book entitled Unexpected Alliances: Independent Filmmakers, the State, and the Film Industry in Postauthoritarian South Korea was published in 2015 by Stanford University Press. The main question that she tackles in her book is the following:

Since 1999, South Korean films have dominated roughly 40 to 60 percent of the Korean domestic box-office, matching or even surpassing Hollywood films in popularity. Why is this, and how did it come about? In Unexpected Alliances, Park seeks to answer these questions by exploring the cultural and institutional roots of the Korean film industry’s phenomenal success in the context of Korea’s political transition in the late 1990s and early 2000s. The book investigates the unprecedented interplay between independent filmmakers, the state, and the mainstream film industry under the post-authoritarian administrations of Kim Dae Jung (1998–2003) and Roh Moo Hyun (2003–2008), and shows how these alliances were critical in the making of today’s Korean film industry.

During South Korea’s post-authoritarian reform era, independent filmmakers with activist backgrounds were able to mobilize and transform themselves into important players in state cultural institutions and in negotiations with the purveyors of capital. Instead of simply labeling the alliances “selling out” or “co-optation,” this book explores the new spaces, institutions, and conversations which emerged and shows how independent filmmakers played a key role in national protests against trade liberalization, actively contributing to the creation of the very idea of a “Korean national cinema” worthy of protection. Independent filmmakers changed not only the film institutions and policies but the ways in which people produce, consume, and think about film in South Korea.

For further information about the book, please click on the image or visit Amazon: 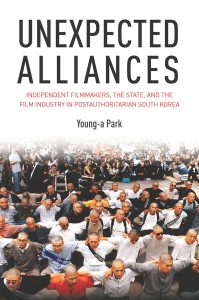