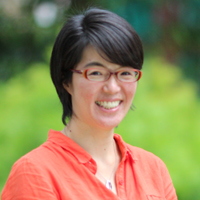 Professor Mari Yoshihara is a bilingual and bicultural scholar and writer whose life and work are grounded in the United States and Japan. Born in New York City and raised in Tokyo, she earned her BA from the University of Tokyo and PhD from Brown University.

She currently serves as the Editor of American Quarterly, the journal of the American Studies Association.  Professor Yoshihara a team of scholars based both at the University of Hawai‘i and other institutions in Canada, Japan, Taiwan, South Korea, and Australia in reviewing, editing, and publishing works of cutting-edge scholarship in the field. (https://americanquarterly.org).

As a scholar, her areas of expertise are U.S. cultural history, U.S.-Asian relations, Asian American studies, women’s/gender studies, and literary and cultural studies.  Her first book, Embracing the East: White Women and American Orientalism (Oxford University Press, 2003), is an interdisciplinary study that examines a wide range of white American women who were attracted to Japan and China from the late nineteenth to mid twentieth century. Through analysis of diverse areas such as material culture, visual arts, performing arts, literature, and anthropology, the book argues that through their engagement with Asia, white women gained new forms of expression, freedom, and power that were denied to them in other realms of their lives in America.

Whereas Embracing the East focuses on American discourses about Asia, Professor Yoshihara’s second book, Musicians from a Different Shore: Asians and Asian Americans in Classical Music (Temple University Press, 2007), looks at the other direction of the cultural flows between the East and the West by examining the East Asians’ enthusiasm for, and remarkable success in, Western classical music. Through historical and ethnographic research, the book explores how Asians and Asian Americans have come to form such a presence in the world of classical music and what social and cultural significance one might draw from this phenomenon. Through interviews with approximately one hundred musicians, the book analyzes the relationship between Asian and Asian American musician’s racial and cultural identity on the one hand and their music making on the other.

Professor Yoshihara’s most recent publication is Dearest Lenny: Letters from Japan and the Making of the World Maestro (Oxford University Press, 2019).  Through personal letters that have never been seen before, the book reveals the deeply emotional connections Leonard Bernstein formed with two little-known Japanese individuals.  By doing so, the book interweaves an intimate story of love and art with a history of Bernstein’s transformation from an American icon to a world maestro during the second half of the twentieth century.  The letters shed light on how Bernstein and his music touched his audiences around the world.  The book also traces the making of a global Bernstein amidst the shifting landscape of classical music that made this American celebrity turn increasingly to Europe and Japan.  The Guardian ran a story based on Dearest Lenny.

In addition to her English-language scholarship, Professor Yoshihara writes and publishes extensively in Japanese, both for academic and general audiences. Amerika no daigakuin de seiko suru hoho [How to Succeed in Graduate School in America] (2004) is a practical guidebook that gives an overview of the American university system and the academic profession and provides hands-on guidance for students considering or pursuing graduate training in the U.S. With Yujin Yaguchi at the University of Tokyo, she has co-edited Gendai amerika no kiiwaado [Keywords of Contemporary America] (2006), a collection of 81 essays on various dimensions contemporary America, ranging from “prison industrial complex” to “Queer Eye for the Straight Guy.”

Professor Yoshihara received media attention with her publication of Dotto komu ravaazu—Netto de deau amerika no onna to otoko [Dot Com Lovers: Online Encounters Women and Men in America] (2008), which portrays diverse facets of American life through the stories of her own experience with online dating in New York and Hawai‘i. This book has led to her other writings on matters of love, relationships, gender, and sex in American life. Her most recent publication includes Seiai eigo no kiso chishiki [Basics of English on Sex and Love] (2010), which guides the reader through the maze of contemporary American culture by “interpreting” English expressions such as “mixed messages,” “fear of commitment,” “the One,” “baggage,” “high maintenance,” “We need to talk,” and “It’s not you, it’s me.”

As an avid amateur pianist, Professor Yoshihara continues to engage music both in her scholarship and in her personal life. Based on her fieldwork at the Thirteenth International Van Cliburn Piano Competition held in Fort Worth, TX in 2009, she published Van kuraibaan kokusai piano konkuuru—Shimin ga hagukumu geijutsu ivento [Van Cliburn International Piano Competition: An Art Event Nurtured by the Civic Community] (2010). Through a history of how this competition became one of the world’s most prestigious piano competitions, a social analysis of the Fort Worth community’s civic involvement in the competition, and a documentary account of the 2009 competition, the book explores such themes as the role of competitions in the music world, the relationship between arts and the local community, arts and the media, and more.

Further information on Professor Yoshihara’s writing and teaching can be found on her website. Professor Yoshihara also has a Japanese-language blog where she writes on diverse topics, including U.S. current affairs, books, classical music, relationships and sex.