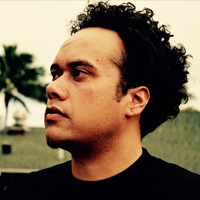 Joshua Uipi is a Ph.D. student in the department of American Studies, as well as Graduate Certificate student in the Center for Pacific Island Studies at the University of Hawai‘i at Mãnoa.  Prior to entering the Ph.D. program, Joshua received a Master’s degree in American Studies from the University of Hawai‘i at Mānoa and a Bachelor’s degree from Dixie State University in English and Human Communication.  His research is centered around Tongan-American communities in the coastal and mountain west region of the mainland United States.  Joshua’s specific foci in American Studies are Indigenous Studies and Race & Racism in the United States.  His research aims to explore Western imperialism in the Pacific, Tongan movement into the United States, and the navigation of cultural and social aspects of American society by Tongan diasporic communities in the United States.  Joshua is a multiple-time recipient of the American Studies Merit Scholarship, as well as a Glen Grant Endowed Scholarship Fund recipient.  Joshua is also a co-founder of the Tongan student club “Tonga ‘Otu Motu Anga “Ofa.”  He currently teaches the American Studies undergraduate course “American Experience: Culture and the Arts.”