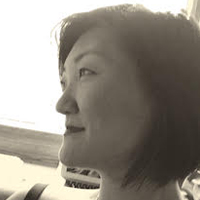 Billie Lee comes to American Studies via an arts practice which includes painting, video, and a documentary film project, Moving Home, that premiered at the Hawaii International Film Festival in 2012.  Prior to joining the American Studies program at UH Manoa, she taught drawing and design at the University of New Haven and worked as an arts educator at the Yale University Art Gallery, the Queens Museum, as well as in various public schools and libraries throughout New York City.  Her focus as an educator was on developing and implementing programs for immigrant/communities of color.  Lee’s proposed dissertation project extends her interest in community-centered pedagogy in marginalized communities through an examination of interventions by women of color and Indigenous artists and educators in creating a politics of possibility. Drawing on women of color feminism, queer affect theory, Indigenous politics, and diaspora theory, Lee expands on the ways that the social is imbued with legacies of historical trauma and collective knowing that can open up affective spaces of belonging through meaning-making practices. She received her BFA from the Rhode Island School of Design and MFA from Yale University, and her recent reflections on race and critical discourse in MFA education can be found in “On Performing the Critical” in the forthcoming anthology Beyond Critique: Contemporary Art in Theory, Practice, and Instruction (Bloomsbury, 2017). If not on her moped, she can be found snug in her seventy-five square foot residence where she is an East West Center Student Affiliate or at the American Quarterly office where she is currently a staff member.