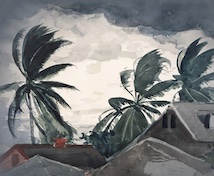 Posted at 00:09h in Miscellaneous by Rumi Yoshida 0 Comments
0 Likes

Congratulations to Joseph Stanton on his new book, Prevailing Winds. His seventh book of poems has just been published. Here is a link to info about that book: http://www.shantiarts.co/uploads/files/stu/STANTON_WINDS.htm

Please find below an article by John Berger featured in the Honolulu Advertiser on Sunday, June 26, 2022

By John Berger • June 26, 2022
FEATURES
Retired University of Hawaii professor Joseph
Stanton releases poetry book
Joseph Stanton grew up in St. Louis and became a lifelong fan of the St. Louis Cardinals baseball team. When he came to Hawaii with his future wife in 1972, his knowledge of the islands was only what he’d seen on the 1960s television show “Hawaiian Eye,” but he fell in love with what he found here. Hawaii has been his home ever since. Stanton has taught American studies and art history at the University of Hawaii at Manoa, contributed poems to literary magazines and published seven books of poetry. His primary subjects have been life, Hawaii and art, particularly the work of American painter Edward Hopper. However, his 2002 book, “Cardinal Points: Poems on St. Louis Cardinals Baseball,” paid tribute to his favorite team. Five years later, writing in prose, he celebrated Cardinals’ Hall of Famer Stan Musial with “Stan Musial: A Biography.”
Stanton, 73, continued writing after he retired from UH in 2019. His latest book of poetry, “Prevailing Winds,” was published in May. On Aug. 20, Stanton will teach a “Writing on Art, Writing on Flowers” poetry workshop at the Honolulu Museum of Art, and will present his new book at the Hawai‘i Book & Music Festival in October. For more information on the events, go to
honolulumuseum.org or hawaiibookandmusicfestival.com.

When I was researching your work, I found it being described with the words “ekphrases” and “ekphrastic.” What does that mean in everyday English?
Poetry inspired by art or art-inspired poetry. I don’t actually like the word, but it’s very popular. So I use it. A lot of the critics and people that write about that poetry like to use that term.

What else inspires you?
The natural world, a lot of flora and fauna. Some of the “fauna” are members of my own family and people that I know.

What inspired you to write about the Cardinals?
A lot of my fellow poets in Hawaii were interested in writing about “small kid time” in Hawaii, but my “small kid time” was in St. Louis. Growing up in St. Louis, I was a big baseball fan and St. Louis Cardinals fan, and I played baseball as a youth. Stan (Musial) retired in 1963, and I ran into him on many occasions. He was very gracious. He had this wonderful
smile. He would pretty much autograph anything that you put in front of him, and he is sort of the quintessential Cardinal. I kept thinking about baseball as being the thing that was dominant in my childhood. That’s how that came about.

What makes artist Edward Hopper particularly interesting?
He is in many ways the quintessential modern realist in American art. One of the things about Hopper is that his scenes seem to be dramas that are ambiguous, that are not completed, and so I think he’s been written about more than any other American artist. I think that’s largely because of the inherent drama, the situations that he presents, and of course, they’re not resolved. One finds oneself speculating, and that sense of speculation seems to lead to a lot of people writing
poems about Hopper. There’s been an opera inspired by Hopper’s works. He loved films, and filmmakers and playwrights liked his work as well. There’s a lot of back and forth between aspects of Hopper and other aspects of American culture.

What will you be covering in the poetry workshop?
A: I’m going to be going around the galleries talking about and reading poems inspired by some of the works in the gallery, as well as talking about flowers — some things I’ve written, inspired by flowers or other kinds of plants. I have quite a bit of nature poetry. “Prevailing Winds” is probably about (half-filled with) nature (poetry). When I was a boy, I was taught that poetry rhymes like song lyrics and prose doesn’t rhyme.

Where does nonrhyming poetry come from?
That’s a big topic. In the European romantic languages they have an easy time with echoing sounds almost effortlessly and because of the nature of the language, there is the idea that writing (poetry) was not so much about rhyme. (American poet) Walt Whitman was an example of that. In Whitman, there is a sense of a parallelism as a literary device. As the 20th century emerged, it was seen (by some writers) that the rhythm of the writer’s voice was more important than traditional poetic meter.
———