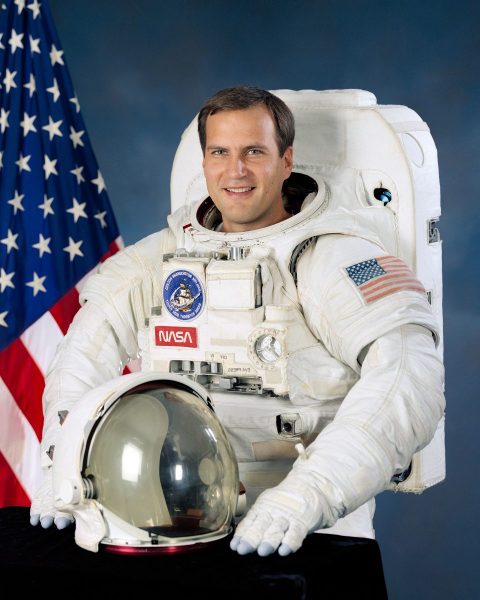 [Announcement] Richard (Rick) Hieb from the University of Colorado in Boulder will give a virtual talk titled: “Thoughts on Building a Career in Aerospace Engineering” on Thursday, October 1, 15:00-16:00 HST. Zoom: https://hawaii.zoom.us/j/99861316992

Abstract – NASA and the space programs of the world have helped make aerospace engineering one of the most highly sought after fields for technically oriented individuals. Mr. Hieb will speak about his experiences in building a career that began as a specialist engineer in rendezvous and proximity operations as the Space Shuttle program began, and led to an opportunity to apply for and be selected as an American astronaut. After three space missions as a mission specialist astronaut, Mr. Hieb spent 20 years as an industry executive, culminating in a vice president position at Lockheed Martin where he was responsible for more than $1B in sales each year. From his experience as an individual contributor and as a leader, he will speak to the skills and attributes needed to build a successful career in aerospace engineering, or really any highly technical field.

Hieb began his career as an aerospace engineer with NASA, working in Mission Operations. He was in Mission Control for the first Space Shuttle launch in 1981, and was involved in many shuttle missions in various roles, becoming an expert in rendezvous and satellite deploy and retrieve missions. Selected as an astronaut in 1985, For most people, his most well-known flight was the maiden voyage of Endeavour, which was built to replace the lost Challenger Space Shuttle. The 1992 Endeavour flight was a satellite rescue mission that involved a number of high profile spacewalks, culminating in the first and only three person spacewalk where Rick and his colleagues captured a 9000 pound satellite in their spacesuit gloved hands. They then attached the satellite to a booster rocket, and released it, sending it safely on its way to the originally intended orbit. In addition to being the only three person spacewalk in history, this held the record for more than ten years as the longest ever spacewalk, at just under eight and a half hours.

In 1995 Rick left NASA to enter private industry, where he spent 20 years as an aerospace executive, starting as the Vice President, Commercial Space for AlliedSignal (later Honeywell) Corporation. He was then VP, Crew Return Vehicle Program, Orbital Sciences Corporation; VP, Science, Engineering, Analysis and Test Contract, Lockheed Martin Technical Services; and finally, VP, Exploration and Science, Lockheed Martin Information Systems and Global Services. He is currently a Scholar in Residence instructor at the University of Colorado in Boulder.

Hieb received a Bachelor of Arts degree in math and physics from Northwest Nazarene University in Nampa, Idaho, in 1977, graduating with highest honors, and a Master of Science degree in aerospace engineering from the University of Colorado in 1979.