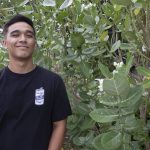 Abstract: This research mentorship will work on developing skills in conducting analysis of original source materials including: searching, categorizing, sorting, and indexing materials toward the publication of a draft chapter in an edited book volume. We will analyze Kanaka ʻŌiwi perspectives of water as a resource, and how this understanding can inform current water resource management towards a more integrated “One Water” approach. In addition, we will also look at other contemporary examples of integrated water resource management in the United States and other countries abroad. 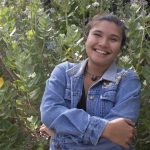 Abstract:  The project will aim to answer if eugenics have been used in Hawai’i’s education system and if so, how. From a broader perspective it will look at past and current education systems in Hawai’i and use the data collected to critique and improve this model. 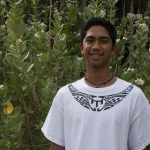 Abstract: Kumu Hula Joseph Kahaulelio was an accomplished singer, songwriter, and dancer. He touched
the hearts of many on the islands of Oʻahu and Kauaʻi; and later made his way to California where he taught my grandmother, Nalua Manaois, who is my kumu hula. He founded the Tahitian Dance competition, the Heiva i Kauaʻi, on the island of Kauaʻi, as well as numerous Tahitian and Hula competitions of California. He was the kumu of many known kumu hula today, such as Kumu Kapu Kinimaka-Alquiza, Kumu Keala Kinimaka Senkus, the late Kumu Leinaʻala Kalama Heine, and the late Kumu Huʻi Park to name a few. My research would go in search of finding out more about “Who makes up the hula genealogy of Kumu Hula Joseph Kahaulelio and How does his legacy continue today in Hawaiʻi and California?” 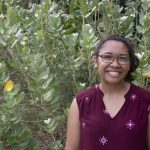 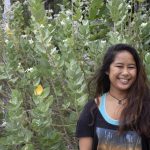 Project Title: Investigation of the microbial fauna associated with the biological degradation of invasive algae

Abstract: Invasive algae have become a problem over the years as it is threatening the native aquatic plant diversity. Particularly in Hawaii, much of the native algae is being out competed by species such as Gracilaria Salicornia or Avrainvillea amadelpha. As more efforts are put into removing the invasive algae from our local coastlines, there is an increase in its use for the farming communities. It is unclear as to what is breaking down these seaweed species, so the main objective of my proposed research is to experimentally investigate the microbial communities that grow within these mixed algae plots, and isolate them to later apply towards uses including the production of biofuels. I will test this by collecting a degrading sample from a local farm at various depths (top, middle, bottom). By doing so, this would allow for the analysis of microbial diversity at different stages of the fermenting process. To explore the microbial fauna, I will be washing the algae with fresh water, and keep the excess residue to begin the isolation process. With the use of metagenomics analysis, this will aid in classifying different genomes associated with the fermentation process paired with PCR sequencing which concentrates the cells and allows for cultivation. The purpose of my thesis will be to utilize the new knowledge gained to determine if a useful biological method can be identified for the rapid degradation of the waste algal material. This material is different from other terrestrial biomass, as it is high in water content and contains different complex carbohydrates than most land plants. It is hoped that novel metabolisms can be leveraged from the isolation of microorganisms that colonize the decaying organic material. 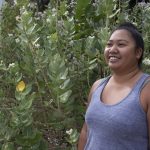 Abstract: This project serves to document and broadly disseminate through library web sites and public programming the unique experiences of at least 120 kūpuna and mākua (elders and adults) who, from 1976 to 1994 were instrumental in stopping the bombing and military use of Kahoʻolawe. The Kahoʻolawe Aloha ʻĀina movement also started the process of healing the island and served as the catalyst for the renaissance of Native Hawaiian cultural and spiritual customs and practices across the islands of Hawaiʻi. This is a moʻolelo or history story that will increase understanding about a pivotal moment in Native Hawaiian political, cultural and spiritual life ways and build confidence among Native Hawaiians, themselves. Moreover there is an urgent need to conduct these oral histories in the next few years as the kupuna are in their sixties, seventies and eighties. 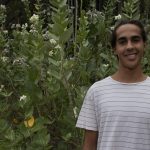 Abstract: The goal of my project is to characterize how nutrient levels and other environmental conditions influence phytoplankton communities and my project will be performed in collaboration with the community organization Paepae ʻo Heʻeia who are actively restoring Heʻeia Fishpond by removing invasive mangrove that surround parts of the fishpond.

Abstract: Breadfruit (Artocarpus altilis), or ‘ulu in Hawaiian, is a member of the fig family and has been a component of traditional  agroforestry systems across the islands of the Hawaiian archipelago and across the pacific, pre-European contact (Meilleur et al., 2004; Lincoln and Ladefoged, 2014). This perennial tree, as one of the few staple tree crops in the world, has considerable potential for environmentally friendly agriculture. Similar to other large trees, ecological benefits resulting from breadfruit cultivation include reduced annual tilling, carbon sequestration in both above- and below-ground biomass, increased nutrient and water use efficiency, and reduced soil erosion (Kang, 1997). From a social/economic perspective, tree crops need only be planted once, reducing annual farm labor and thereby leading to enhanced farmer profits and quality of life. With proper management, breadfruit trees require little care. Weeds are largely controlled through shade and companion plantings potentially reduce the need for pesticide usage, which can improve the long-term health of farmers, their families, and their environment. Finally, breadfruit is an extremely productive crop – a single tree is able to produce over 500 pounds of food annually over many decades. Breadfruit can be grown under a wide range of climatic conditions that include most habitats in Hawai‘i under 2,500 ft. elevation and over an average annual rainfall of 1000 mm/yr. (Meilleur et al., 2004; Lincoln and Ladefoged, 2014). For all these reasons, breadfruit is currently being promoted as a key crop to increasing food security and sustainability throughout the tropics and subtropics – including in Hawai‘i, where it is also historically significant and culturally appropriate (Lincoln and Ladefoged, 2014; Meilleur et al., 2004).