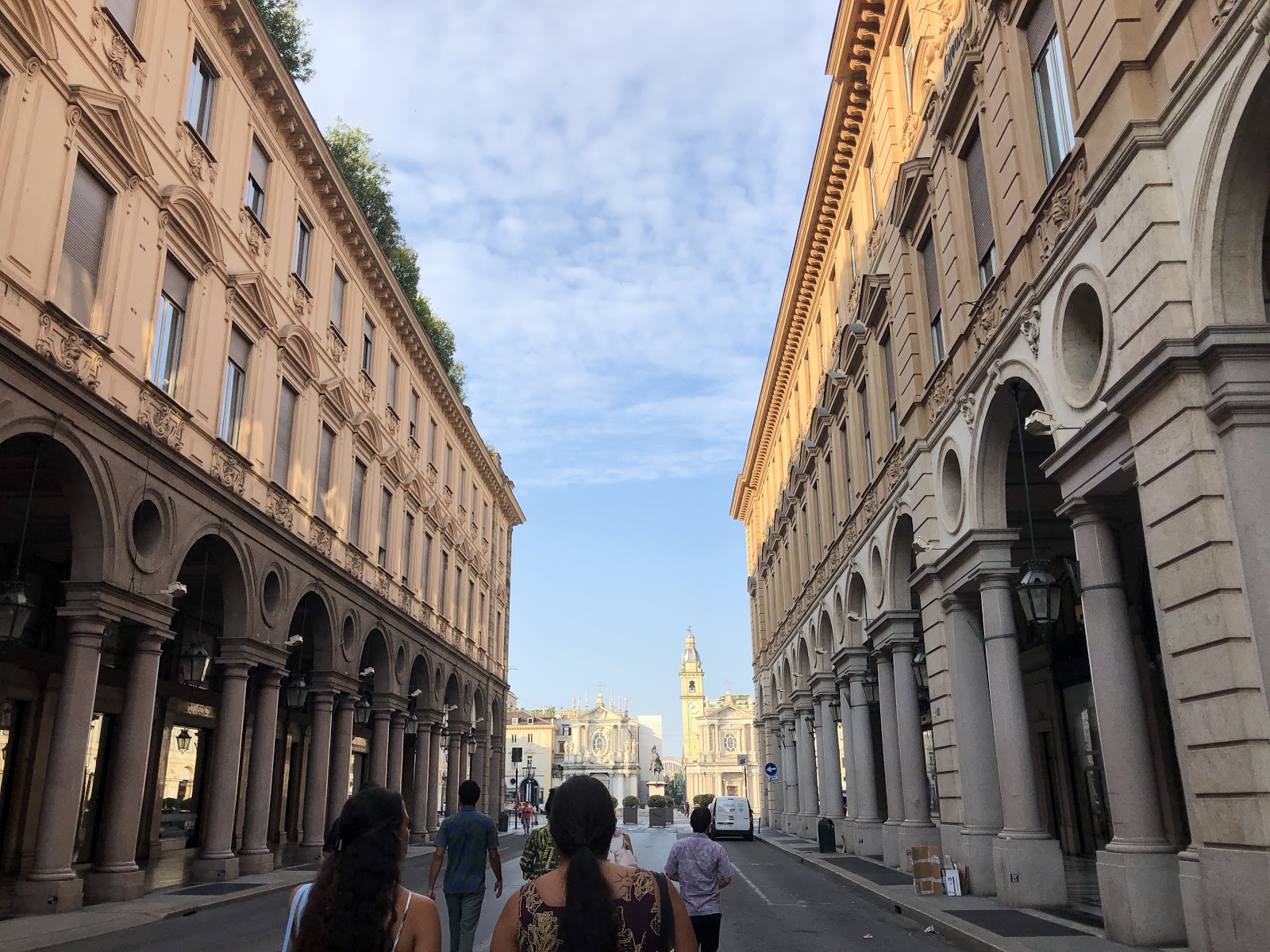 Before starting our huakaʻi to Europe I left this hoʻohiki to my ʻāina and ʻohana at home, “no matter how far I go, I will always return”. No matter the distance I travel or the duration I stay away I will always find a way to return to that which has fed me spiritually, mentally, and physically. With this in mind and reflecting about the Kānaka that traveled abroad this wasn’t always the case for them, as you have read in the previous posts about Liholiho, Kamāmalu, Joseph Kamauoha, Matthew Makalua, and later will read about James Kaneholo Booth. However, this doesn’t include the many others that traveled around the world and never made it back home, those whose stories go unspoken. Thus, it is with great humility we retrace the steps of these brave Kānaka, who traveled to these foreign places, to uncover the reminences of what they left behind. It is with their perseverance and dedication to these studies and their kuleana that allows us to reveal the stories of their experiences as well as our own. As I sum up our last day in Turin and our journey to Naples, I write this blog post for both Maile Nowlein, the only woman in the program, & August Hering who were the last cohort that left Hawaiʻi for Turin, Italy in 1887, right before the program ended.

Approximately 132 years ago, two ambitious Hawaiian Youths, Maile Nowlein and August Hering, embarked on a life changing experience to further their studies in art, music, and sculpture in the country of Italy. On this journey, they were accompanied by Maile’s father Colonel Sam Nowlein, whom served as the Royal Guard for King David Kalākaua. As a trusted Royal Guard, Colonel Nowlein ensured their safety from Honolulu to Turin, Italy and upon his return to Hawaiʻi he left them under the care of Consul de Bel Brounlie. On day 10 we got a chance to see his residence in Turin (as Maluhia mentioned in her post). Personally, this visit allowed me to reflect upon all of the documentation that took place in this area and how significant that this location was to the success of the students. If it wasn’t for this space, there is no guarantee that we would have had all the documents that we have today.

It is no secret that Italy is renowned for their Italian art, music, and beautiful detailed infrastructures. This is probably what drew the attraction of Maile Nowlein and August Hering in the first place, specifically to Turin, Italy. During the 1880s, it was quite uncommon for there to be students coming into Turin to study. However, we know that Robert Wilcox, Robert Boyd, and James Kaneholo Booth had already done some training there. But, it was not until 1887 that King David Kalākaua selected a woman to go on this educational experience. This raises questions on what that experience might have been like for Maile and the different types of social pressures she may have endured in the various countries she visited including London & Italy. With this in mind, I placed myself in her shoes throughout our trip, constantly reflecting on how she may have presented herself back then to represent our Kingdom. Or what type of kuleana did she ʻauamo while away? Then asking myself, how have I been representing my community and my lāhui? These simple yet dawning questions really allowed me to set better intentions with the ʻike I have and continue to gain while on this trip.

Before Colonel Nowlein returned to Honolulu he sent a follow up letter with Godfrey Brown, the newly-appointed Minister of Foreign Affairs as an update for both August and Maile:

“I have placed August Hering with professor Tabucchi at Turin. This gentleman has the repute of being a very successful instructor in the art of sculpture. Mr. Hering will receive at his studio instruction in drawing as will as in sculpture, and from what I have seen of the young man I feel no doubt that he will do justice to his instructor and to the Hawaiian Government which has so handsomely provided for his future career.

Miss Nowlein is also at Turin, and is receiving instruction in the Italian language in preparation for a course at an Art school in Florence, to be selected for her by His Majesty’s Consul C. Del Bels Brounlie.”

However, there was no mention of who she studied under while she was in Turin or where she may have gone in Florence. But this did give insight to who August studied under.

With the little information I had done in the Hawaiʻi State Archives, I found myself mapping out their stories through my own experiences. On day 11, our last day in Turin, I took it upon myself to go on a hunt for some of the addresses that were on the receipts for Maile. To my amazement, many of the addresses were right down the road from our residence and only a block down from the Consulates residence! This was inclusive of an Academy Art School as well as a Dentist visit she had in January of 1888.

The receipt for the dentist in 1888 & the current location of this former dentist which in now an antique shop.

While reviewing some of the hand written receipts for Maile, which were in Italian, she was receiving lessons for art, music, and Italian. The only name I could really make out was her art teacher, Pier Celestino Gilardi. He was an assistant professor at the Accademia Albertina in Turin from 1873 to 1884. The same school some of the receipts were coming from! Then in 1884, he established himself completely as a genre painter with his painting ‘Hodie tibi cras mihi’. I am not sure as to how they met or how they began lessons, but he must have seen potential in her. As there was no other recollection of him ever doing private sessions, besides those that were reflected on the receipts.

What I also found interesting was that on all of the hand written receipts dating back to July 1887 to mid 1888 some payments were made straight to a ʻWidow Sobrero’ who may have been her host in Turin. In conversing with Dr. Emanuela Borgono about who this might be, she suggested it could be Gina Sobrero’s mother whom was a widow at the time. What was very coincidental was that during this time, Gina Sobrero & Robert Wilcox had just left for Hawaiʻi. Not knowing that she would be staying with the Nowlein ʻohana on Oʻahu. Sounds like a student exchange to me, but of course under very different circumstances.

In February 1888, the first of many letters went out to Consulates around the world requesting for the return of Kānaka abroad, this was inclusive of August Hering and Maile Nowlein. “I have the honor to request that in accordance with the instructions expressed in my dispatch to you of Feb. 21th of H. M. Government, to recall Mr. Hering and Miss Nowlein from Italy.” Minister to C. de Bel Brounlie

However, Miss Nowlein had made arrangements with her father, Sam Nowlein, to extend her studies until she returned sometime in 1890. Meanwhile Mr. Hering’s withdrawal from the sculpture program was carried out. There wasn’t much personal narratives I could find about how they felt during these times. But I definitely felt that they both had a desire to finish their studies. As they had just arrived in Italy a year before the recession of the program. August and Maile were probably the first who were able to study their interests and to be told that you no longer could finish your studies because of the funding, must have been devastating for them.  Concluding

It has been a week and a half here in Europe and there has been nothing short of many unforgettable memories amongst our hui. From the busy streets of London taking buses, trams, and underground transportation, to the coastal side of Torquay and Hastings with a train, then leaving London with a two and a half hour plane ride to Turin, Italy, we find ourselves taking a six hour train ride to our final destination of our huakaʻi, Naples, Italy. As we passed through each city; Milan, Florence, and Rome I often thought about what it must have been like for them to visit, and gain accustomed to such unfamiliar places for such long durations. What was it that allowed them to confidently say they are not ready to come home and that what they are studying is beneficial to the continuation of our lāhui?

Throughout this trip, I have been reflecting and finding comparisons between the difficulty of leaving in 1887 and the time when we left. In many ways it was very difficult for us to leave, when a kāhea was sent out for Kānaka to show up on the mauna. Many of us felt guilty and overwhelmed, and questioned what this meant. And throughout many conversations on this trip it became apparent that is where we are meant to be at this time. Although the timing in which Maile and August left and the timing that we left may have felt like the world was against us, our alakaʻi, Willy Kauai and Nalani Balutski reassured us that what we were doing here was just as important as our kiaʻi on the mauna. Dr. Willy Kauai left us with a manaʻo that has stuck with me since the beginning of the trip and thus I leave this with you, “when we return, Hawaiʻi will never be the same.” Thus, I end with this poem I wrote inspired by this.

When we return, Hawaiʻi will never be the same
Hawaiʻi will not be what we once knew but what we once prophesied
E iho o luna, those above will be brought down
Money will not be the driving force of our mana, thus we do not see power in those who continue to strip us of it
E piʻi ana o lalo, those below will be lifted
We are the mass waking in consciousness, ready to ʻauamo kuleana for the next generations. May we raise, teach, and uplift them in ways that are sustainable and pono reinstilling our mana
E hui ana nā moku, the islands will join
We are waves of many movements, rippling across the honua, together we join in solidarity with our brothers and sisters against our oppressors, as we are only getting stronger
E kū ana ka paia, the wall will stand firm
Kūpaʻa nō ke kahua, together we build, we mobilize, and find ways to make ready. We are rebuilding a nation.
He ʻaʻaliʻi kū makani mai au, ʻaʻohe makani nāna e kūlaʻi e
Like the ʻaʻaliʻi bush we will remain kūpaʻa, where no wind shall knock us over.
Hawaiʻi will never be the same