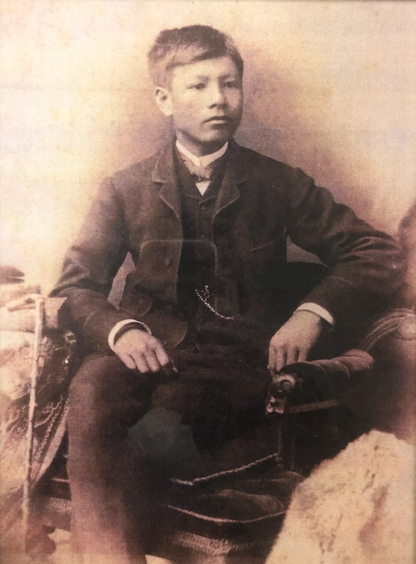 They Could Never Sever Us from Our Piko, Our ʻIewe is the ʻĀina from which Our Ea rises

How fortunate are we to carry such sadness, a burden ladened with privilege; an outward expression of the understanding we have to the kuleana we hold to our kingdom

To watch our lāhui wake only further dignifies the reclamation of our history. From this, I have learned that we could never be detached from the revolution we embody.

Through the resynthesizing of what it means to be here in this particular time it is now my understanding that it would be a great disservice to be out of touch with the ‘ike that has never been so closely within our reach; or to lose sight of that which has held our gaze and conjured up our very desire to be here. No longer will the fake state hold captive our time, our energy, our joy, or our tears for all of that belongs to the lāhui. They have taken so much from us, we will not let them steal the history we wish to uncover again. It is with this in mind that I write of our sixth day in London England…

The College of Arms

The College of Arms also known as the College of Heralds is a royal corporation consisting of professional officers of arms, with jurisdiction over England, Wales, Northern Ireland, and some Common Wealth realms. As well as being responsible for the granting of new coats of arms, the College maintains registers of arms, pedigrees, genealogies, Royal licenses changes of name, and flags. The heralds, besides having ceremonial duties, advise on all matters relating to the peerage and baronetage, precedence, honors and ceremonial as well as national and community symbols including flags. The College of Arms is a department of the Crown and is responsible for funerals, coronations, and designing arms for British subjects.

In the mid 19th century Thomas King acted as appointed treasurer by Alexandrina Victoria. During his era of leadership, Mr. King fell into an overwhelming deficit of roughly 1,000 pounds to the College. In order to be relieved from the strongholds of his indebtedness, Mr. King relinquished his entire private collection of arms to the College. Herein his agglomeration lies what is known to be the first few drafts of the coat of arms for the Kingdom of Hawaiʻi. In October of 1843, William Richards went to the College to request a design of the coat of arms for the Kingdom.  Because all evidence of the Hawaiian coat of arms resides within the private collection and not within the official index of the College of Arms, it can be inferred that the Hawaiian coat of arms was drafted through a private comission by Mr. King. Upon visiting the College we were able to look see the original drafts. Although we were unable to photograph the drafts, we are looking into requesting official copies of the from the College.

Founded in 1828-29 by a group of eminent politicians and churchmen, the King’s College was created out of a desire for a Church of England alternative to the University College London; which was considered to be a godless institution. It was in 1829 that King George the Fourth officially granted a public charter in 1829 to begin instruction at King’s College. Joseph A. Kamauoha and Mathew Makalua were among the Hawaiian youths abroad that attended the Kingʻs College.

During our stay here we were fortunate enough to reside at Kingʻs College in the heart of London. Although we were not staying at the exact location as the Hawaiian Youths Abroad, being in a space attached to that legacy made me feel so much closer to them. To know they walked these same streets in very different ways made me wonder so deeply about the thoughts and feelings running through their minds. Watching the city unfold in person, in a time where we can see the world through a screen was still absolutely breathtaking. I cannot possibly imagine the enamor they felt, now being in a city theyʻve only seen in tinged photographs.

Today, we were fortunate enough to have been given a personal tour of one of the original campus locations of Kingʻs College just blocks away from where we are currently residing. Within these walls breathed a long and illustrious legacy of innovative scholarship of this institution. The discovery of the double helix, creation of one of the most popular telegraphs, the invention of the stereoscope and underwater cables are just some of the many technological advances belonging to the academic genealogy of Kings. It is ever befitting that contributions to this legacy were made by. Dr. Mathew Makalua and Joseph Kamauoha who were two Hawaiian Youths Abroad educated at King’s College.

In addition to the tour, we were given access to original school records during the time of Mathew Makalua and Joseph Kamauoha’s attendance. In our research, we uncovered evidence that confirmed our intuition. In a close review of academic records and annual reports, we were able to see that both young men excelled in their studies. In fact, Mathew Makalua received several distinguished awards based on merit. One of which was the Honor in Anatomy in 1889 and another the Prize of Honor for Physiology in 1890. Seeing for ourselves the incredible distinguishments made by these scholars overwhelmed my heart with such pride. To know that we are an extension of this history renewed my spirits and further drove me to strive for excellence in all of my endeavors.

Abraham Piʻianaiʻa was born in 1868 on the island of Lānaʻi to chiefess Kalilioku and a Chinese father who immigrated to Hawaiʻi. When Piʻianaiʻa’s father wished to take Piʻianaiʻa back to China his mother appealed to King David Kalākaua to intercede on the matter. Shortly after, Piʻianaiʻwas sent by King Kalākaua to study at the Royal School (Chief’s Childrens School) in Honolulu on Oʻahu. Reading, writing, arithmetic, and religion were among the subjects studied at the Chief’s Childrens School. Pi’ianai’a excelled in his academics and showed great promise as a young Hawaiian scholar. Piʻianaiʻa’s outstanding scholarship is what influenced King Kalākaua to select him as one of the first Hawaiian Youths Abroad.

In the summer of 1882 at age 14, Piʻianaiʻa along with Henry Kapena, Hugo Kawelo, Josepha Kāmauʻoha, John Lovell, Mathew Makalua, and Thomas Spencer under that care of Colonel Charles Judd left the Kingdom of Hawaiʻi to begin their study abroad in Europe. Upon settling in England, Piʻianaiʻa fell under the care of Manly Hopkins who was his majesty King Kalākaua’s consul general in England.  Piʻianaiʻa, Mathew Makalua, and Joseph Kamauoha were among the young men who attended St.Chad’s College in Denstone. The young men quickly became immersed in an array of studies. Latin, Religion, and Chemistry were among the many subjects Pi’ianai’a studied. Upon completing his studies, Abraham Pi’ianai’a added St. Chad to his namesake to honor this institution and has since then been known as Abraham St. Chad Pi’ianai’a. Today, St. Chad’s College is now known as Denstone College which is a preparatory boarding school for boys and girls ages 11-18. Although we did not physically visit St. Chad’s (Denstone) College it is in the spirit of the program that we acknowledge and pay homage to one of the first institutions the Hawaiian Youths Abroad have studied at and honor the legacy and family of Abraham St. Chad Pi’ianai’a.

The outstanding scholarship and experiences of the Hawaiian Youths Abroad far supersede the walls of the European institutions they attended and the oceans that separated them from their Kingdom. In fact, the implications of this program can be seen in the success of Abraham Pi’ianaia’s long and illustrious dedication to serving the lāhui. In 1886 Pi’ianai’a returned to the Kingdom of Hawai’i and quickly began serving his community throughout the pae ʻāina. On the Koʻolaupoko region of Oʻahu, Piʻianaiʻa helped to establish Waiahole Elementary School. He also became the headmaster of the Government English School in Ulupalakua Maui. In the latter half of his life, he became a Court Interpreter and worked in the Navy Yard.

Education as an Act both Diplomatic and Political

Reflecting on the life of Abraham St. Chad Piʻianaiʻa and the Hawaiian Youths Abroad Program, I began to critique how I have once deliberated the advancements of our pae ʻāina. When thinking about the ways the Kingdom of Hawai’i evolved there is a common misconception that Hawaiʻi was quick to assimilate to European structures of society.  But to believe so would only further the false narrative that Hawaiʻi was incapable of contriving our own means of governance and unacknowledge the great agency exercised by our kūpuna through their highly intentional acts of cultivating such a rich civilization. We must remember that we were never merely a people of survival but one of striving to the highest in all we did regardless of circumstance.

The Hawaiian Youths Abroad was no exception to this standard. When looking at this program holistically it is evident that it was much more than Hawaiians being educated throughout the world. To digest this concept we must first familiarize our pallette with the understanding that during the time of the program 1) Education was at the precipice of importance in the Kingdom and a vast majority of the population was literate and attended some type of formal schooling  2) While most of Europe was still in the process of establishing a geographical state of being, Hawaiʻis constitutional monarchy existed for several decades . But if this was the case then why go through the extensive task of creating what is arguably the first study abroad program in the world? Instead, we should ask, what stronger diplomatic foundation to establish rather than one whoʻs cornerstone comprised of education.

The relationship forged by education creates what I can only briefly describe as the “three prongs of pilina”. These three prongs being, diversifying the array of knowledge and resources kānaka had access to and improving upon that knowledge, setting a precedent for Hawaiʻi to be recognized on a world stage by engaging in this act of diplomacy through education that was distinctly Hawaiian, and creating an unseverable academic genealogy between the Kingdom and elite institutions. Our very being here attests to how successful this pilina was enacted. I know in my naʻau that the reason it is so successful is that what the Youths Abroad accomplished was never for personal accolade or acquisition but for the benefit of the lāhui. It is because of that, that we benefit from their scholarship today. Beginning to understand the scope of their kuleana and how selfless they were in their time here has allowed me to completely reconstruct my intentions of being here. They were not Hawaiians looking to receive a European education, they were educated Hawaiians in Europe looking for ways to serve their lāhui by any means necessary. Likewise, we are not Hawaiian students looking to have an educational experience thatʻs European, we are kānaka ʻōiwi who know the history we hold to Europe and are on a mission to give ea to these moʻolelo in every way possible. It is my greatest hope that one day our lāhui comes to know the Hawaiian Youths Abroad just as we have come into knowing the names of our aliʻi and stories of resistance so that we may have yet another momentous part of our history to hold close to and take pride in together.

It is with a full heart that I bid my deepest love to you all. What an honor it has been to share a tithe of our incredible journey here in London. It is because of you folks that we are able to go forth and continue this everlasting genealogical pursuit of ea through retracing the ingenious strides of the Hawaiian Youths Abroad who have dedicated their lives to the betterment of the Kingdom.