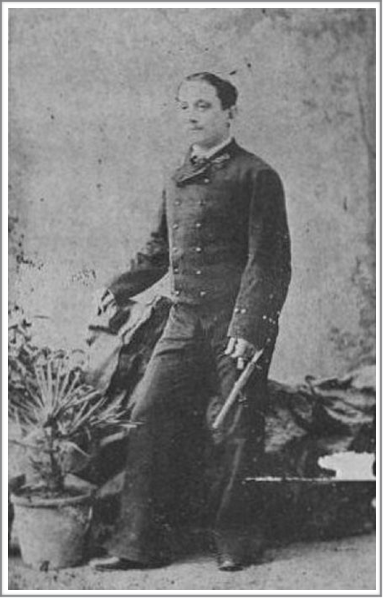 Cobbled stone streets, buildings manicured in history, food cherished as one would their newly born child, a language foreign but pleasant to the ear, and friendly haole[1] greet us daily in Turin, Italia. The sunlight goes well into the known hours of darkness back home, allowing our elongated days to be filled with strolls around the city. As our footsteps trace those before us, we learn and receive from a country with whom we still hold treaties—today was no different. As the strength of espresso enters our bodies and the butter flakes of croissants delight our appetites we listen to Dr. Manu Borgnino (who Kanoe Pacheco introduced us to in her blog yesterday) tell us that this same cafe, Cafe Fiorio, doors were open since the days of Wilcox and Booth’s station here in Turin.

The cafe was known to be filled by some of the royal military students that would converse in political discourse; safe to say that Wilcox and Booth partook in these same foods and conversations. These happenings may seem small and insignificant but, if we can approach these interactions with an understanding that we are on the other side of the world as students and diplomats from Hawaiʻi. Then thinking about how it was for them in the 1880s, studying here, perhaps we can also begin to understand their kuelana which was to fulfill their duty to serve their country; then these stories no longer waiver on minute similarities, rather become empowering encounters.

Today, these encounters are still powerful indeed. And powerful encounters indeed we have been privileged to experience since the bustling streets of London. Although Turin is smaller in size the impact of these rendezvous have been greater for me. We have history here, subtle but embedded nonetheless. Moving alongside marble buildings just a few blocks down, we visited what used to be the Hawaiian Kingdom consulate. The building still in tact yet the face of its structure changed, no longer etched with the Hawaiian seal and hae Hawaiʻi. Makes one wonder, have we been forgotten by those with whom we still hold treaties? Moreover, have we forgotten? Here stood a known presence of the Hawaiian Kingdom, far across Moananuiākea, on the opposite end of the earth, and yet knowledge of its history lives. And where there is life, there is breath, therefore, how could we not breathe into ancient architecture and place a small hae Hawaiʻi on its flag stand? May this intentional gesture remind our Italian comrades and ourselves that our treaty still remains and allow the ink that has never been tarnished to employ our beliefs and structures to act as such.

Further down the city we are reminded once more of the treaties we hold world wide at the Biblioteca Reale. Here, we find penned between bounded pages the Treaty of Commerce with the Netherlands, Italy and the Universal Postal Union Treaty in 1885 and 1891. Although the 1891 treaty, brought to light by the private collection of King Umberto I, has not been officially ingrained into the treaty relationship references by Dr. Keanu Sai[2] (who has done tremendous work to unearth our international treaty relationships), this finding continues to array the global relations and power our Aliʻi secured for us. Thereby, the 2019 Hawaiian Youths Abroad (HYA) program is not merely a history lesson of the past, it is the awakening of a consciousness to what already exists. This is not to say that this knowledge was not known by us before, but rather the smelling of the pages of evidence makes tangible the history we have learned and continue to defend proudly. Each student that was part of the 1880s HYA governmentally funded program set their hearts and intentions to defending their country. Yet, Robert Napuʻuako Boyd from Honolulu, Hawaiʻi shows us the cost of that sacrifice.

Robert Boyd was son to Edwin Harbottle Boyd and Maria Punapanaewa; making him of British and Hawaiian descent. From the first cohort of  the “Sons of Hawaiʻi”[3] sent abroad, Boyd was stationed at the Royal Naval Academy in Livorno, Italy. This placement into the naval academy perhaps was not happenstance, for Quigg shares with us the naval genealogy in which he comes from, “Boyd’s lineage could be traced back to John Harbottle, an English naval officer who aided Kamehameha I in his efforts to unite Hawai’i, and to Harbottle’s ali’i (noble) wife. Boyd’s grandfather, Robert Boyd, who served as a ship’s carpenter for Kamehameha I, had married one of John Harbottle’s daughters.”[4] Continuing in itʻs prestige, his brother James Harbottle Boyd was colonel to King Kalākaua and served as staff to the monarchy. This familial genealogy illuminates the political linage in which he came from.

Albeit that Boydʻs genealogical connections shows us the intention of Kalākauaʻs induction of the HYA students abroad, the letters Robert Napuʻuako wrote displayed well the cost of saying yes to serving the Kingdom of Hawaiʻi. It would be a rightful assumption that Boyd longed to be home more than he did to study abroad; as shown in one of his letters to his Majesty the King he writes,

“Now your Majesty must know the truth, and nothing else but the truth, I am five years abroad; and during this short period I have suffered more than a man of forty, I have had vengance, I have had duel, and lastly I have had enemies: all for the sake of my Country… Therefore I am ready to come home and serve the Sire… I will come back to serve you as a soldier… I will repeat again that my education is quite sufficient… I have the honor to wish his Majesty a prosperous reign and a long life.
Your faithful servant,                                      Robert Napuʻuako Boyd”[5]

The words of Boyd to the King, “the tongue of a ready writer,”[6] depicts frustrations, homesickness, eagerness to fulfill the duty of serving his country, while maintaining appreciation for all that has been honored him that conjure valid emotions that come with the kuleana to serve our country. Could Boyd have remained for the remainder of the official program in 1887 without the staunch leadership that affirmed his time away? I wholeheartedly believe not. As shown in current, Governor Ige scrounges in the face of Kanaka refusal to the narrative of invisibility and colonization. Though our political status is of stark contrast to what was manifest in the 1880s we still endure through occupation by the United States of America.Our Aliʻi would never forego their leadership to another, especially to one of less rank than them. These nuances demand mindfulness, for it is in these moments that we shall connect to our true identity. Boyd, for me, encapsulates this truth. We are complex and filled with emotions, quick to long for home, yet faithful to our leadership and country despite the pullings of our hearts. Therefore, following in the footsteps of Boydʻs resilience I honor our leadership Nalani Balutski and Dr. Willy Kauai.

If you want to know about HYA 2018-2019 turn your heads to whom we deem honorable, Nalani Balutski who rebirthed the HYA program while maintaining the leadership of nobility, putting her hand to the plow without turning back, and Dr. Willy Kauai who reminds us daily of the blueprint of deoccupation that is already set out for us to move forward with. We are a people of the moana, we cannot but move and navigate the unknown. Fortunately our kūpuna, our aliʻi mapped the course for us to glean from.

Even though, my research of Boyd did not move beyond his letters found in the Hawaiʻi State Archives, this time abroad and learning of all that he and the other students endured, I like him will honor and follow my leadership without hesitation, I will serve my country with wisdom and intent, and despite all the emotional turmoil that may come my way I will remain steadfast in the understanding that the selected HYA students were more than learners, they were diplomats throughout the world; we must “zoom out to zoom in.”[7]

[1] Correctly haole would be used in relation to being in Hawaiʻi, but no other description could properly suit the intention of what is meant to showcase that not all foreigners are meant to deem poorly.
[2] Dr. Keanu Sai. Treaty references. HawaiianKingdom.org
[3]  Hawaiʻi State Archives; HYA letters 1880-1881. Letter to the Hawaiian people from Robert Wilcox, James K. Booth, Robert N. Boyd. Feb. 22, 1881. Rome, Italy.
[4] Quigg, A. 1988. Kalakauaʻs Hawaiian Study Abroad Program
[5] Hawaiʻi State Archives. HYA letters 1884 Jan-July. Letter to King Kalākaua
[6] Psalm 45:1-2
[7] Quote from Cameron Grimm on gaining perspective.