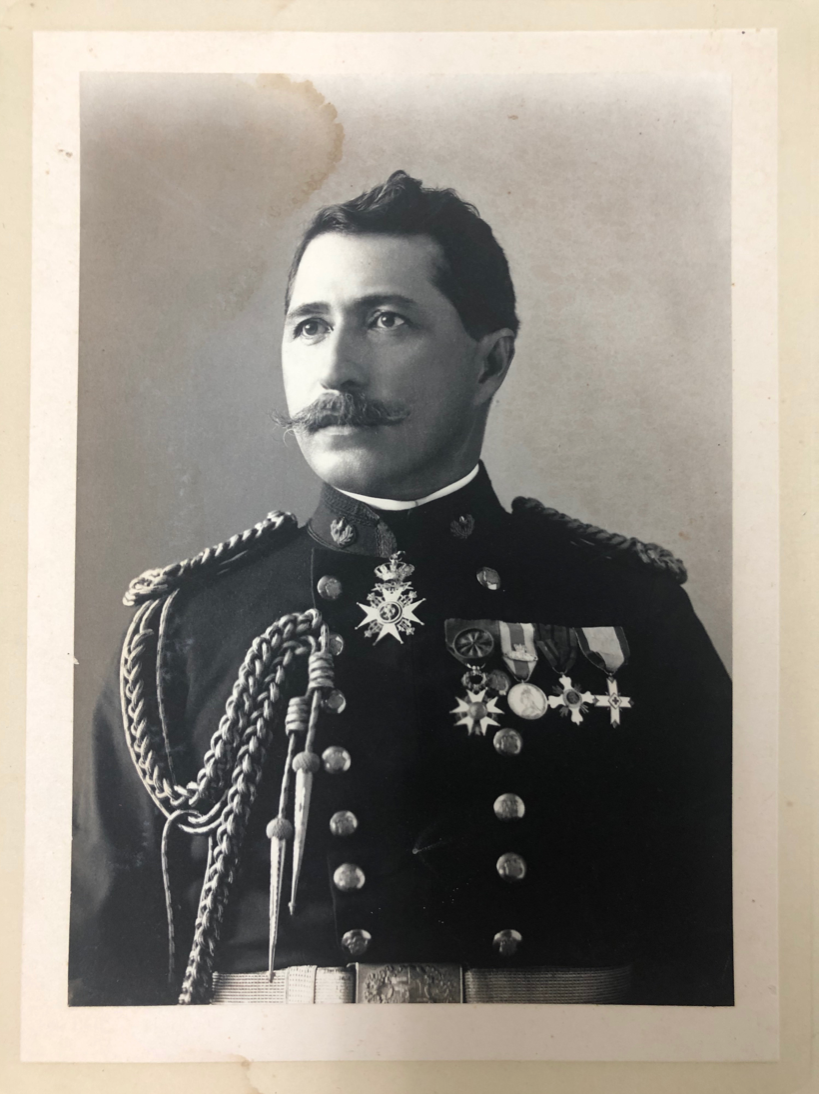 As we near the end of our journey here in Naples, Italy, we begin to reflect on the familiarity of what we have experienced thus far. Although many of us have never visited this ʻāina before, we have come to realize that all our engagements reignite and reconnect us to what so many of those before us have already established here in this same exact place and position less than 150 years ago. This trip so far has been a rediscovery of the kind of people we come from and the kind of Kingdom we must continue to affirm the existence of. Our people once traversed the same world and left a legacy that we continue to unveil amid the layers of unjust history we have undergone since. Throughout the huakaʻi, we have only strengthened relationships and revisited the people and places that we may have forgotten, but never have been severed from. May we honor them in our pursuit of remembrance.

When we take grief by the hand, we allow ourselves to fill the empty spaces of those who are no longer with us with the aloha we have for who they were, where they came from, what they did and the legacy they left. A legacy from which their very presence, in many ways, continues to be  felt. Today, we had the opportunity to visit the iwi of James Kaneholo Booth, one of the first three boys from the Hawaiian Youths Abroad program sent to study in Naples and then Turin here in Italia. He passed away at the age of 25 in September 1884. Though his iwi currently lay at the new British Cemetery, he was originally buried at the Old Protestant Cemetery found near the middle of the frenzied town of Naples. At the new cemetery, a feeling of sadness came over us as we realized that his tombstone may no longer exist or possibly may not have been moved with him. Named or not, we adorned the only tombstone that lay above the giant stone ossuary that we knew held his iwi which read in English, “Here lie the remains of those buried in the Old Protestant Cemetery 1826-1892 RIP.” As we dressed this stone with lei, pua, hae Hawaiʻi, we also gave praise through our leo, just as we did with Kamauoha and Makalua. Hand in hand, we made the ultimate lei around that bed of stone and sang mele and oli with tears running down our faces as we knew that we had finally  come to honor the last of the Hawaiian youths whose iwi never made it back to Hawaiian soil. With the ʻeha that we had shared in that moment for this kanaka Hawaiʻi who passed at such a young age so far from home, we are also reminded that, while we may not be able to return his iwi, there is no loss in his remaining here where so much of his life and legacy now lives because of our own rekindling of his spirit. While we will continue to bring him home by way of remembrance and honor for the kanaka he was, we will also continue to uncover how he has, in many ways, made our pilina to these spaces real and now ours.

After going to where James Booth currently rests, we also visited the Old Protestant Cemetery to see where he was originally buried, if his tombstone happened to be left behind there, and to gain insight of what his service must have been like. When we arrived, the gate was cracked open only enough to reveal a few local men who had been doing ground maintenance at the time. They turned us away and said that the cemetery was closed, but when our comrade, interpreter, ultimate tour guide and beloved friend, Manu, told them our reasons for being there and a little bit of the journey we are on to recover precious history of our fellow kanaka scholars from the 1880s in Italy, we were immediately welcomed in and allowed to walk all the way to where James Booth was originally laid to rest. It was truly a blessing to have been given the opportunity to visit his original gravesite even when it was against their rules as the caretakers of that cemetery. We sang and chanted songs of praise again for the site as we knew that it was just as important to hoʻomana and hoʻomanaʻo as where he is currently buried. We were so incredibly grateful to those men who had allowed us inside and left them with oli as well as a way to express our thanks in the best way we know how, through leo.

Later in the day, we went to visit where the Hawaiian Consulate in Naples was located. After searching aimlessly for a building we didn’t even know for sure still existed, we came across another older local man who seemed very eager to know what we were doing and why. It turned out that his own little grocery store called “Ciro Amodio,” was the very site we had been looking for. It was where we once had our own Hawaiian Kingdom diplomatic office in Naples where Michael Cerulli was commissioned to become Hawaiian Consul General in Naples, Italy after replacing Celso Caesar Moreno in 1881. These Consulates often played very important roles in terms of corresponding with the Minster of Foreign Affairs back home, keeping them updated about the students’ progress in school and keeping track of financial matters. I like to think of the Consulates as being somewhat of a puʻuhonua, where it is considered the one specific place in which the Hawaiian Kingdom and the country where these Hawaiians were hosted had the best diplomatic relationship considering the loyalty of those who acted as the Consuls. When we had discovered that this grocery store was the location of the Hawaiian Consulate of Naples and had shared that with those who worked in that store, they did not hesitate to support our effort to restore what little we could of that space. They wired a hae Hawaiʻi just below their store sign and stuck our “Hawaiian Consulate Naples” sticker right next to it as we sang Hawaiʻi Ponoʻī. How willing and excited so many of them were to celebrate our rediscovery of such an important landmark to us was truly touching.

It amazes me how easily welcomed and supported we were by the locals of these places that we were lead to with what little what had to take us there. Even when some of those we came across only gained such little insight of who we are, where we come from and what we were here for, they found so much delight in becoming apart of it all. I can only begin to imagine how these Hawaiian youths were received in different settings around the world where no one knew of their purpose there or the gravity of their kuleana and I believe this went for every Hawaiian diplomat. To traverse the unknown with the responsibility to establish diplomatic relationships and create space for kanaka so far from Hawaiʻi is a task that truly demands aloha and humility. When thinking of these aspects of diplomacy, I think of diplomat and “His Majesty’s Special Envoy,” Colonel Curtis Piʻehu Iaukea and his secretary  Henry French Poor who both traveled the world where they were very well received everywhere they went. Through their Curtis Iaukea was born on December 13, 1855 in Waimea, Hawaiʻi where he was hānai’d by his Uncle Kaihupaʻa and raised in the north corner of the palace where he was trained in governmental affairs and diplomacy. In 1863, he was the first pupil to attend St. Albans school, now known as ʻIolani High School and eventually went to boarding school on Maui where he also worked on the West Maui Sugar Plantation in Lahaina as ordered by Lota Kapuaiwa in 1872. It wasn’t long before he quit the sugar industry and ran away to Hilo in 1873 where he lived with his sister, Maraea, until he was commanded to return to palace to serve King Kalākaua when he visited Hilo on August 26, 1874.

“As your Aliʻi, I command you to return to ʻIolani Palace at the first opportunity. See that you  obey” (Iaukea 1988)

In 1883, Iaukea was commissioned by King Kalākaua as “His Majesty’s Special Envoy” to travel to London, Russia, Serbia, Spain, Egypt, Philippine Islands, Italy and Japan for a number of diplomatic missions. He was to be accompanied by Henry French Poor as his diplomatic secretary and fellow travel companion. Henry Poor was born in Honolulu in 1856, only a year after Iaukea, and attended Punahou High School. When he was in his mid-twenties, he was recruited by King Kalākaua for government service for his exceptional education and skills as a writer, printer, and accountant. As they traveled the world together, Henry was the one who actually wrote all the letters and progress reports that went back home while, most often, Curtis just signed at the end of each account.

In relation to the Hawaiian Youths Abroad program, one of the most important orders of their commission was listed as such:

“It is proposed further that, on leaving Madrid, Mr. Iaukea should proceed to Italy and visit they young Hawaiians who are being educated there.”

Upon their arrival in Naples, Italy, where we are currently staying, Henry and Iaukea wrote a letter to Walter M. Gibson, who was the Minister of Foreign Affairs of the Hawaiian Kingdom at the time, regarding the status and scholarship of the three boys who were all studying in Italy. Henry writes that he only got to meet with Boyd, who has “evidently improved in every way since leaving home,” whereas Booth and Wilcox were already stationed at the Royal Military Academy in Turin, but are also doing very well in their own examinations. The news regarding the boys’ studies was for the most part always positive, but Poor and Iaukea went on to report on some misunderstandings that involved Mr. Cerulli, who only three years prior replaced the boys’ previous kahu and Consul, Mr. Moreno. While he praises Cerulli for faithfully and firmly exercising paternal care over all three boys, he also mentions that Mr. Cerulli should allot a higher allowance to the boys, which was not allowed to them. It is evident that Iaukea and Poor truly cared about the Hawaiian youths, their well-being and the progression of the program itself as it was a direct reflection of the progression of the whole Kingdom itself. They wanted to do for them whatever they needed to make their own journeys abroad one that they always felt encouraged to continue for the greater sake of their land, their people, and their country. As we continue on our own journey abroad today, may we continue to give life to all they did and bring home what they hoped would reach their soil once again so that we may honor them in our own pursuit of remembrance.