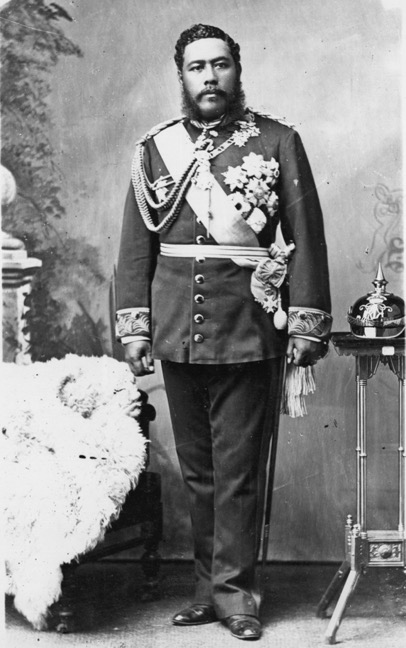 On July 16th, our group of fourteen departed Hawaiʻi at a very tumultuous time. Our incitement, personal contributions, and attentiveness to each other’s needs and sensitivities would hinge upon our personal ability to cope with separation in relation to ʻāina. However, aloha ʻāina cannot be blamed for their sinking skepticisms as our intertwined responsibilities as scholars, stewards and protectors often incurs spatial and placial requirements. We wonder if our absence, both, at times of uprising and threat can be trusted. As we departed and the lāhui continued to rise in its protection of Mauna Kea, at its base and the newly established Puʻuhonua O Puʻuhuluhulu, it is a slow realizing that our leaving and returning is working in mere tradition with those that have left and returned prior—under similar circumstances and threats to Hawaiian autonomy.

First, I offer my constituents this very small acknowledgment of our shared experiences and gratitude (a poem):

A step sometimes takes us further than we need it to,
because the huakaʻi is long and sags
with the weight of leaving. Here the winds are white
and drowning. They are not constant in its sharing of unfamiliarity’s charm
Huakaʻi can be a shared and open wound, held
and consoled amongst a crowded sky
A blood red fleeting that hurts through new,
newer combinations
WAI.
Each one of us carrying a cherished terror, broken cloud-forests
because huakaʻi takes us away from the pearls that emotions provide
And we’re not meant to survive nights of powerlessness
Removed are the kūpuna within us, then
lifted is the distant image of a mountain
Smokey canopies try it’s hardest to catch wai within its ʻumeke, and a tear
is not a tear unless sweetened by our marveled portal. Her hopes
are you’d use them to defend her, a maʻa and a remarkable body of water
KAPU.
Serenity and peace cannot live in the house of indifference,
They were the flatmates that could turn my skin transparent, a home
strung by the chord of a familial rain. Whereas, galleries and courtyards
are washed away by all that we’ve stolen from ourselves
ALOHA.
Separation isn’t such a bad flatmate
She spends most of her day at work inside me
But, where does the color of her body go at night if not to the mauna?
What is there to stain the black-land without her youth and her name?

The last king of Hawaiʻi, David Laʻamea Kamananakapu Mahinulani Naloiaehuokalani Lumialani Kalākaua, was born on November 16th, 1836. Like many of his royal relatives, he attended some of the best schools available and received training that would prepare him for the ascension or, at least, circumstances that would expect him to attend to the urgent needs of his country—if they were to arise. By 1854, Hawaiians were provided strong evidence that their autonomy could and would be threatened by the rising powers of the world. In 1815, George Anton Schäffer tried seize Oʻahu, Kauaʻi and Niʻihau for the Russian Empire. In 1843, Lord George Paulet raised the Union Jack over Hawaiʻi. In 1847, subsequent to the Paulet Affair, was the “War of the Calabashes” in which French Naval Admiral Legoarant de Tromelin would fire upon Honolulu. Then, prior to Kalākaua’s ascension to the throne, prominent Caucasians would become increasingly concerned with how the world’s powers might come to challenge their investments in these islands as an invaluable resource. In 1854, the missionary advisors, and the very individuals who eagerly awaited their opportunity to hoist American flags above their homes, of Kamehameha III (Kauikeaouli) would continue their campaign to have the aliʻi cede the Kingdom of Hawaiʻi to America.

Kalākaua ascended the throne on February 12th, 1874. Though the threats seemed to have tapered off, the new king found his realm to be in need of political and economic stimulation. He understood the risk of political domination as an implication provided or encouraged by a weakened economy, a fully-independent state / nation going unnoticed, and a disempowered citizenry lacking cultural identity. He began to construct policies that necessitated the need to create pilina through foreign policy and cultivating diplomatic relations abroad. Essentially, Kalākaua wanted to befriend the bullies of the world in order to secure the status of his realm, as an independent state, and achieve security through being recognized by a growing family of nations. These policies arose, early on, primarily through the need for economic and political renewal/recognition: in 1874 Kalākaua would personally go to Washington, D.C., to conclude negotiations for the reciprocity treaty. It would bring prosperity to the Kingdom through large profits while placating the haole businessmen and planters. However, to the detriment of land and people it would give the United States—as the closest market for the Kingdom’s exports—rights to the entirety of Puʻuloa (Pearl Harbor). His own excursions were wrought with reluctancy, and fear, that while absent those who sought to grasp power from him would arise and do so. In the case of the reciprocity treaty, he felt that the risk to his people were much greater if he were to not go and conclude these agreements.

Kalākaua had hand-selected and sent 18 young Hawaiians to study abroad at schools in six different countries: 17 young men and 1 young woman would set off to study engineering, law, foreign language, medicine, military science, engraving, sculpture, and music between 1881 and 1887. These young Hawaiians were expected to take the King’s assignments seriously, to conduct themselves with the understanding that they represented their king and country, learn all they could in their fields, and return to Hawaiʻi as empowered kanaka with the skills to build and protect Hawaiʻi’s future. While their huakaʻi were diplomatic missions, at its core, the practicality of their fields of study are apparent if you can imagine Kalākaua as a planner, institution-maker, Hawaiian place-maker, state-crafter. As a graduate student in planning, with a BA in English, I often “read” with the lens of planning and moʻolelo. I ask myself, as the progenitor of a “studies abroad program”, what is the historical context surrounding Kalākaua’s reign and the creation of his study abroad program? What does his craftsmanship (planning, institution-making, state-craft, foreign relations) tell us about the moʻolelo he hoped to haku for Hawaiʻi? Where do I fit in it? What are the implications of telling or not telling this moʻolelo?

Hawaiʻi Youth Abroad 2019 was not intended to be a historical exercise, and we were not on this huakaʻi to merely retell a story. What I had been expecting of myself, in terms of research, was quite limited as I am not an archival researcher and I have not spent much time acutely recalling the political history of Hawaiʻi and Hawaiʻi’s aliʻi. With the opportunities we’ve been given to reconnect with the many-layered history of this period and this program, I sought out to: first, approach a study of Kalākaua as a planner and the ways he operationalized huakaʻi in his planning and development of the urban core of the Kingdom (Honolulu), and second, to assist in our reclamation of spaces abroad that are invariably “ours” through a long genealogy of pilina and reconnecting with moʻolelo ʻāina.

As we are ending our travels as a group, and our itinerary asks nothing more of us at this time, what I am most inclined to share with blog readers is my strong urge to reflect on the way that moʻolelo finds its way to the surface when we take our place in history, tell our stories, pronounce our influence and reach, project our humanity, and sing our songs.

“The outsider follows a map’s pattern of contours, symbols, and colors over geographical surface, but the insider annotates the map, tracing the invisible landscape through mythic tales, labeling the land with the worlds and stories of their songs, sketching imaginative contours and dramatic peaks through repeating their traditional narrative”

In our search for the site of the Royal Hawaiian Consulate in Naples, we encountered the owner of the shop where the consulate once stood and an Italian elder who felt impelled to tell us the story of the building and its demise (The US bombed the original building during WWII). The shop owner then hoisted a small hae Hawaiʻi and plastered the insignia of the Royal Hawaiian Consulate above his store. When we went looking for the former burial site of James Kāneholo Booth, in the Old British Cemetery, we came across closed gates and a cleaning crew of 5, or so, men. Reluctancy to let us in, three at a time, eventually gave way to letting us all in. In Turin, the Royal Military Academy had laid out for us documents and evidence of Robert Wilcox and James Kāneholo Booth attendance to the academy, then gave us copies. Included in this packet was the only known, individual photograph of James Kāneholo Booth, which we were all stunned by and grateful for. Many of us were moved to tears. As we sang our thanks to those that assisted us, connected with us, and recognized our intent—to reestablish pilina, seek out moʻolelo left for us, and reclaim these spaces—I could see stories being pushed to the surface through the skin. In this case, “chicken skin” could be interpreted as a universal, physical and emotional response that is necessitated by pilina. ʻŌkalakala ka ʻili, the skin ripples in its recognition of connection, gratitude, beauty, and inclusion.

Yes, we are influenced as we look outward and huakaʻi pass the horizon. Our encounters with the prominence and pomp of other nations and royal ʻohana can feed our visions. But, as Kalākaua mapped and planned Honolulu for the future he built structures with Hawaiian motifs, encouraged Hawaiian art that inspired the Hawaiian psyche, he revived and highlighted our cultural identity as being key to our political autonomy, and created lasting pilina with other nations. He was ensuring us that “Hawaiʻi for Hawaiians” was at the foundation of our autonomy, and our moʻolelo would be far-reaching, spiraling outward to hearts, minds, and skin that would come to recognize our ea.