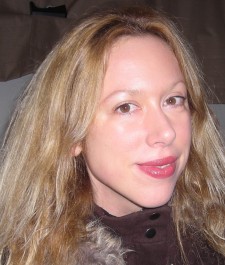 Born and raised in France, Nathalie Ségeral spent two years in England and New Zealand as an undergraduate student, before moving to the United States to pursue graduate studies. She received an M.A. in Comparative Literature and Translation Studies from the University of Wisconsin-Milwaukee in 2007, and a Ph.D. in French and Francophone Studies from UCLA in 2012. She has been an assistant professor of French at the University of Hawaii at Mānoa since 2013, where she also serves as the Director of Graduate Studies in the French division.

Dr. Ségeral has published extensively on these topics in various venues such as SITES: Contemporary French and Francophone Studies, Journal of Jewish Culture and History, and Dapim: Studies in the Holocaust, Crossways Journal, Théologies et cultures, and Women in French Studies. She has also published Le Réveil kanak: la montée du nationalism en Nouvelle-Calédonie (Nouméa: Presses universitaires de Nouvelle-Calédonie et Madrépores, 2017), a French translation of David Chappell’s The Kanak Awakening (University of Hawaii Press, 2013). In Summer 2018, she received fellowships to participate in two teaching and research development workshops at The Olga Lengyel Institute in New York City and at the University of London, Royal Holloway.

She will be spending the spring 2019 semester in Paris, as the Resident Director for the UH-Mānoa Study Abroad Program, teaching a class on “Women and Film: Gendering History in the Francophone World,” as well as a “Survey of Francophone Civilization” class.

Prior to joining the Department of Languages and Literatures of Europe and the Americas, Dr. Ségeral held a visiting assistant professorship at Virginia Tech. She also spent the last two years of her doctorate at the École Normale Supérieure in Paris, thanks to two fellowships. She was also the recipient of a Mellon Fellowship on Holocaust Studies in American and World Cultures.

In 2018, she was honored to receive an Excellence in Teaching Award from the College of Languages, Literatures, and Cultures.