The world lost master architect I.M. Pei earlier today at the age of 102. Pei, a modernist architect, designed UHM’s John F. Kennedy Theatre which opened its doors in 1963 as part of a larger architectural project including the East-West Center’s Jefferson Hall. The Chinese American architect was enlisted for the East-West Center project, a choice that supported their mission of 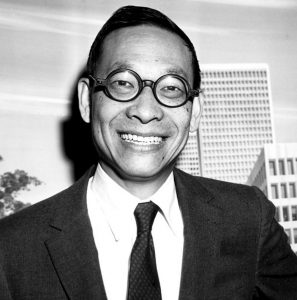 creating “a meeting place for the intellectuals of the East and the West.” Kennedy Theatre is unique in that it was specifically designed to convert into a Kabuki stage, including the built-in hardware and seating amendments to add the traditional hanamichi through the audience. With landmark buildings all over the world, Pei leaves a legacy that also includes, most notably, the U.S. National Gallery of Art, the Bank of China Tower in Hong Kong, Oversea-Chinese Banking Corporation Centre in Singapore, and the Louvre Pyramid. 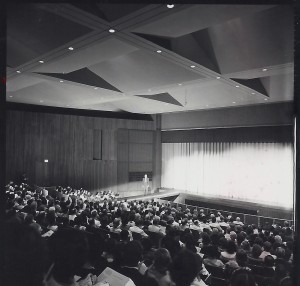