The Hawai‘i Natural Energy Institute (HNEI) has commissioned a “Fast-Fill” high-pressure hydrogen fueling station at the Marine Corps Base Hawai‘i (MCBH), Kaneohe Bay. This state-of-the-art station was developed to support a fleet of General Motors Equinox Fuel Cell Electric Vehicles (FCEV) leased by the Office of Naval Research for use by Marine Corps and Navy personnel on O‘ahu. Operational since November 2014, this station was recently certified for unattended operation, allowing drivers to self-fill their cars just as they would do at any gasoline fueling station. Unattended operation will serve as a model for the installation of private stations throughout the state.

Said General Motors’ Hawai‘i Site Leader Chris Colquitt, “We have been really impressed with the fill speed and control algorithms of the hydrogen station at MCBH. It is exciting to experience consistent 4-minute 700 bar fills. I am confident the Department of Defense (DoD) drivers of the FCEVs will be delighted as well. The algorithms to control flow have done a really good job of ensuring tank temperature thresholds are maintained without stopping fills before completion. On top of all that, the station and site aesthetic came out really well.”

Added HNEI Director Richard Rocheleau, “We are excited that the MCBH hydrogen station is now servicing Fast Fills by the drivers without an attendant – a first in Hawai‘i. We are also pleased that General Motors is satisfied with the performance of the station. We hope that our research efforts will help accelerate the deployment of hydrogen stations throughout Hawai‘i as it contributes to the DoD’s energy goals.”

The fuel cells in these vehicles work by using hydrogen to create electricity that is then used to power an electric motor. The only emission is water. Successful hydrogen fueling operations here will help identify zero emission sustainable transportation solutions. The development of fuel cell and hydrogen technology has been part of the U.S. Department of Energy (US DOE) portfolio since 1986. UH Mānoa and HNEI have been part of that program since its inception.

A major challenge for hydrogen production and dispensing stations is the cost of hydrogen at the nozzle. In this project, HNEI is conducting research to assess the technical performance and economic value of an electrolyzer-based hydrogen production system in a 350/700 bar Fast-Fill (under 5 minutes) fueling station. The technical analysis will include component efficiencies under various operating scenarios and the long-term durability of major components. The economic analysis will determine the daily operating cost of the station and the overall cost benefits of producing hydrogen. The dual fill pressure capability will allow this station to service both light duty vehicles that have largely been designed to use high pressure (700 bar) hydrogen storage and larger fleet vehicles such as buses which usually are designed for lower pressure (350 bar).

The MCBH Fast-Fill hydrogen station is part of the Hawai‘i Hydrogen Power Park project established by HNEI to support the US DOE’s Technology Validation Program.  The initial funding from the US DOE Fuel Cell Technology Office was used to procure the electrolyzer and a low-pressure fueling capability.  Additional funding was received from the Office of Naval Research to expand the capability to include the 700 bar Fast Fill to support the Equinox FCEV demonstration at MCBH on O‘ahu. The State of Hawai‘i also provided funding that was used for project management and the installation of equipment.

The project has received funding support from the US DOE, the State of Hawai‘i and the Office of Naval Research.

ABOUT GENERAL MOTORS CO.
General Motors Co. (NYSE:GM, TSX: GMM) and its partners produce vehicles in 30 countries, and the company has leadership positions in the world’s largest and fastest-growing automotive markets. GM, its subsidiaries and joint venture entities sell vehicles under the Chevrolet, Cadillac, Baojun, Buick, GMC, Holden, Jiefang, Opel, Vauxhall and Wuling brands. More information on the company and its subsidiaries, including OnStar, a global leader in vehicle safety, security and information services, can be found at http://www.gm.com.

ABOUT MARINE CORPS BASE HAWAI‘I (MCBH)
To provide facilities, programs and services in direct support of units, individuals and families in order to enhance and sustain combat readiness for all operating forces and tenant organizations aboard MCB Hawai‘i. For more information visit, http://www.mcbhawaii.marines.mil/.

ABOUT THE UNIVERSITY OF HAWAI‘I
The University of Hawai‘i (UH) was established in 1907 and its campuses are all fully accredited by the Western Association of Schools and Colleges. The UH System comprises all public higher education in the State and provides a rich array of associate, baccalaureate, graduate, and professional degrees and certificates to about 60,000 students through seven community colleges, two baccalaureate campuses and a major research university that holds land-, space- and sea-grant designations. For more information, visit www.hawaii.edu.

ABOUT HAWAI‘I NATURAL ENERGY INSTITUTE (HNEI)
The Hawai‘i Natural Energy Institute is an organized research unit of the School of Ocean and Earth Science and Technology (SOEST)of the University of Hawai‘i at Mānoa (UHM). The Institute performs research, conducts testing and evaluation, and manages public-private partnerships across a broad range of renewable and enabling technologies to reduce the State of Hawai‘i’s dependence on fossil fuel.

DISCLAIMER
The views and conclusions contained in this document are those of the authors and are not to be interpreted as representing the opinions or policies of the U.S. Government or of any other Party involved in this Research and Demonstration Project. Mention of trade names or commercial products does not constitute their endorsement by the U.S. Government. 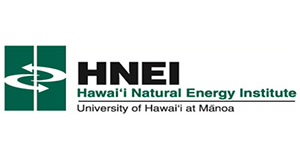 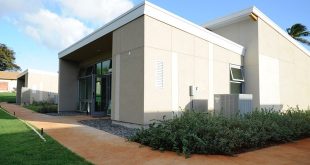 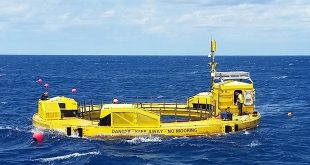