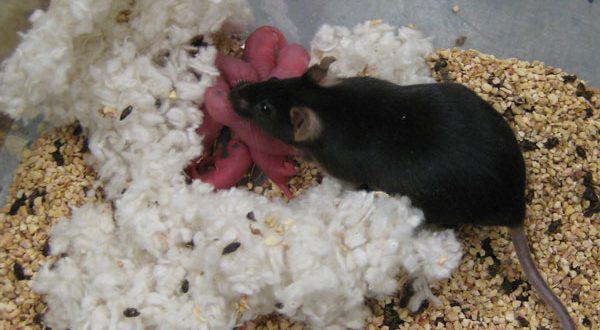 Mature daughter of the male with two Y genes obtained by ROSI. The female is healthy and fertile, and here it is shown with her own litter. (Photo taken by Monika Ward)

The Y chromosome is a symbol of maleness, present only in males and encoding genes important for male reproduction. But live mouse progeny can be generated with assisted reproduction using germ cells from males with the Y chromosome contribution limited to only two genes: the testis determinant factor Sry and the spermatogonial proliferation factor Eif2s3y.

“Does this mean that the Y chromosome (or most of it) is no longer needed? Yes, given our current technological advances in assisted reproductive technologies,” said Monika A. Ward, Associate Professor at the Institute for Biogenesis Research, John A. Burns School of Medicine, University of Hawai‘i. At the same time, however, she also emphasized the importance of the Y chromosome for normal, unassisted fertilization and other aspects of male reproduction.

In a new manuscript scheduled for online publication in the journal Science on November 21, 2013, Ward and her UH colleagues describe the study aiming to identify the minimum Y chromosome contribution required to generate a healthy first generation mouse, capable of reproducing a second generation on its own without further technological intervention.

For this study, Ward and her colleagues used transgenic male mice with only two Y genes, Sry and Eif2s3y. These mice were considered infertile because they had meiotic and postmeiotic arrests – that is, the germ cells that should have normally developed into sperm did not fully mature in these mice – but researchers were able to find few usable cells. Yasuhiro Yamauchi, a post-doc on Ward’s team, harvested these immature spermatids and used a technique called round spermatid injection (ROSI) to successfully fertilize oocytes in the laboratory. When the developed embryos were transferred to female mouse surrogate mothers, live offspring were obtained.

Because the overall efficiency of ROSI with two Y genes was lower than with regular, fertile mice, the researchers then looked to see whether the addition of other Y genes could improve it. They increased the live offspring rate by about two-fold when Sry was replaced with the sex reversal factor Sxrb, which encodes three additional Y genes. These results demonstrated that Sxrb encodes a gene or genes that enhance the progression of spermatogenesis.

The study’s findings are relevant but not directly translatable to human male infertility cases. In the era of assisted reproduction technologies, it is now possible to bypass several steps of normal human fertilization using immotile, non-viable, or immature sperm. At present, ROSI is still considered experimental due to concerns regarding the safety of injecting immature germ cells and other technical difficulties. The researchers hope that the success of ROSI in mouse studies may serve to support this approach as a viable option for overcoming infertility in men in the future.

As for the human Y chromosome, the researchers agree that it’s not on its way to oblivion. Its genetic information is important for developing mature sperm and for its function in normal fertilization. The same is true for mice. 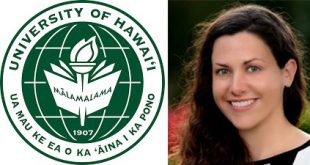 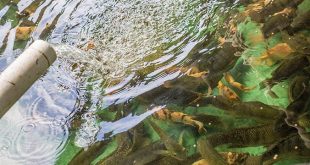