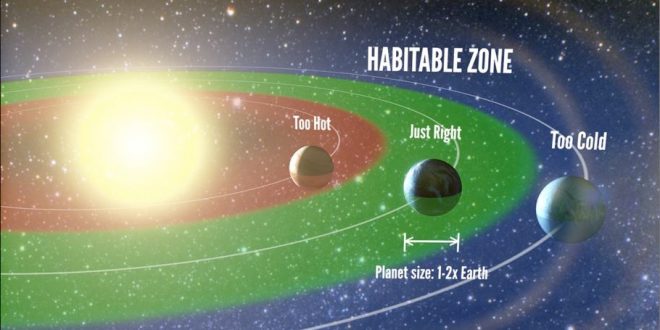 The habitable zone corresponds to the range of orbital distances where liquid water can exist on a planet's surface. Credit: Petigura/UC Berkeley, Howard/UH-Manoa, Marcy/UC Berkeley.

The American Physical Society web page, “Physics Newsmakers of 2013” says under the heading “Exoplanets,” “2013 was another banner year for the search for another Earth” and specifically mentions two discoveries that IfA astronomers participated in: Nader Haghighipour was part of the team that found three planets orbiting star Gliese 667C in the habitable zone, and Erik Petigura and Andrew Howard were among the authors of a study that estimated that one in five stars like the sun has planets about the size of Earth and a surface temperature conducive to life, making it statistically likely that the nearest sun-like star with an Earth-size planet in its habitable zone is only 12 light-years away.

Source:  The Institute for Astronomy

Previous [VIDEO] The science of the sting
Next Where have all the codfish gone?