Curve of the Hook awarded for excellence in non-fiction

The Hawaiʻi Book Publishers Association (HBPA) has presented its 2017 Ka Palapala Poʻokela Awardfor excellence in nonfiction to Curve of the Hook: An Archaeologist in Polynesia, the summer 2016 volume of Mānoa: A Pacific Journal of International Writing, published by the University of HawaiʻiPress. HBPA’s jurors considered eighty-five nominations in twelve publishing categories.

In a book-length interview, illustrated with maps, charts, and previously unpublished photographs, Curve of the Hook covers the life, career, and major achievements of Yosihiko Sinoto, former chair of the anthropology department at the Bishop Museum and one of the foremost archaeologists in the Pacific. Sinoto is also a University of Hawaiʻi alumnus.

The book was edited by Mānoa’s editor, Frank Stewart, who translated Curve of the Hook from the original Japanese with Madoka Nagadō, a PhD candidate in the UH Mānoa English department. Nagadō started work on the translation when she was the journal’s Grace K.J. Abernethy fellow.

Curve of the Hook is published simultaneously as an original paperback by University of Hawaiʻi Press. Launched in 1989, Mānoa Journal is published twice a year by UH Press and is the recipient of a $10,000 award from the National Endowment for the Arts (NEA) for the 2017–2018 fiscal year. The NEAawarded 63 grants totaling $1.3 million for the literature program.

“Dr. Yosi Sinoto is a pillar of archaeology in our Tahitian islands. Thanks to his discoveries, the people of Huahine have a better understanding of their heritage, and how their ancestors lived. He is not only a great scientist and adventurer, but also a loyal friend to the people he works with. He knows the Tahitian people beyond the historical facts and finds, and connects with them heart and soul. With his work he opens our eyes to the Tahitian culture of the past, sharing our deep respect for the land and its mysteries. Māuruuru roa ia ʻoe, Taote Sinoto!”
—Dorothy Levy-Lubin, president, Ōpu Nui Association, Huahine, Tahiti

“Yosihiko Sinoto is one of the pioneers of modern archaeology in Polynesia and the excavator of key sites in Hawaiʻi, the Marquesas, and the Society Islands. His innovative and painstaking analysis of fishhooks, in particular, showed how these seemingly mundane objects could open windows to the past.”
—Patrick Kirch, chancellor’s professor emeritus in archaeology, University of California, Berkeley

“Yosi Sinoto has spent his whole life dedicated to the traditions and history of the Pacific people. I have a very deep sense of gratitude, respect, and aloha for him because he has dedicated his whole life to the protection, preservation, and dignity of Hawaiian and Pacific cultures and traditions.”
—Nainoa Thompson, president, Polynesian Voyaging Society 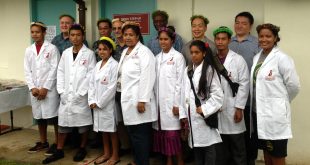 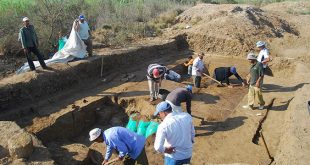 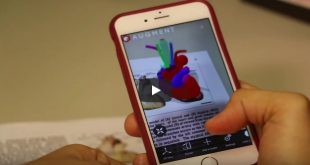