A new look at “The Rocket Into Planetary Space”

One of the seminal works on astronautics and space flight has just been published in English for the first time under the leadership of a UH professor. 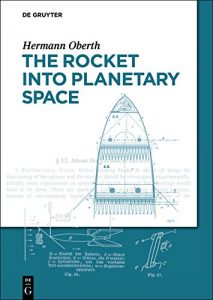 The English-language translation of Hermann Oberth’s Die Rakete zu den Planetenräumen (The Rocket Into Planetary Space) (1925, Oldenbourg) was originally published by de Gruyter Oldenbourg. Oberth is considered by many to be the father of space flight and his work eventually led to the Apollo Moon missions.

The Foreword of the English version is written by former NASA Administrator Michael Griffin.

For all those interested in astronautics, this translation of Oberth’s classic work is a truly historic event. Readers will be impressed with this extraordinary pioneer and his incredible achievement.

In this relatively short work, Oberth laid down the mathematical laws governing rocketry and spaceflight, and he offered practical design considerations based on those laws. He examined the technological, physiological, psychological, and economic aspects of human as well as robotic spaceflight, and even described how to build a space station and its possible uses.

Read more in the Journal of Space Operations here.

About Hermann Oberth, from NASA: 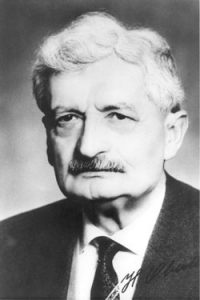 Hermann Oberth (1894-1989) is considered to be one of the top three pioneers in modern rocketry and is credited with suggesting that space stations would be essential if humans wished to travel to other planets. Oberth was the only one out of the three (Konstantin Tsiolkovsky and Robert Goddard are the other two) to see human spaceflight come to fruition. He was inspired by the tales of Jules Verne in From the Earth to the Moon and Travel to the Moon. He is also the author of Die Rakete zu den Planetenraumen, published in 1923. The book inspired many to pursue spaceflight, despite its challenges. Oberth was a guest at the Apollo 11 launch in July 1969 as well as at the launch of the STS-51J, Atlantis mission.