The prestigious American Book Award has been bestowed on University of Hawaiʻi at Mānoa Associate Professor Shawna Yang Ryan by the Before Columbus Foundation for her 2016 novel Green Island. Ryan also serves as the director of creative writing in the UH Mānoa Department of English. The American Book Awards provide recognition for outstanding literary achievement from the entire spectrum of America’s diverse literary community.

“Writing a novel, you spend so much time toiling away inside of your own dreamed world, and you never know how the outside world will respond to that imagined place when the book is published,” said Ryan. “Being recognized by the same award that has gone to so many writers that I deeply admire is such an incredible, incredible honor.”

Green Island (Knopf 2016), Ryan’s second novel, is a story of love, betrayal and family set against the backdrop of a changing Taiwan over the course of the 20th century. It received a starred review from Booklist (“absorbing and affecting”), was Penguin Random House International’s first pick for their OneWorldOneBook program, an Amazon Best Book of February 2016 and an IndieNext Great Reads pick for March 2016. 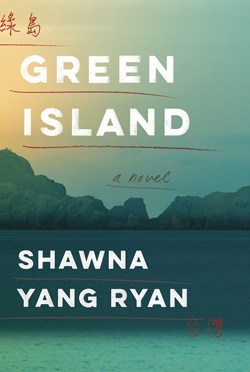 Ryan joins an exclusive group of winners that include authors Toni Morrison, Henry Louis Gates, Naomi Klein and poet Craig Santos Perez, a UH Mānoa associate professor of English, who won the award in 2015. The awards are given by other writers to recognize literary excellence without limitations or restrictions. There are no categories and no nominees.

“The English Department has known for years how fortunate we are to have such an exceptionally gifted and important writer as Shawna teaching and mentoring our students,” said John Rieder, chair of the Department of English. “It is very gratifying to see her receive the well-deserved, prestigious recognition of an American Book Award for her internationally praised second novel.”

Ryan earned her bachelor’s degree from University of California, Berkeley and master’s degree from UCDavis. From 2006 to 2013, she taught at City College of San Francisco.

First published in 2007 by El Leon Literary Arts under the title Locke 1928, her debut novel was re-issued by The Penguin Press as Water Ghosts in 2009. It was a San Francisco Chronicle Bestseller, the 2006 winner of the UC Davis Maurice Prize, a finalist for the 2008 Northern California Book Award, and long-listed for the 2010 Asian American Literary Award. Booklist called Water Ghosts “accomplished and affecting,” while The Boston Globe has declared her “a writer to watch.”

Her short fiction has appeared in ZYZZYVA, The Asian American Literary Review, Kartika Review and The Berkeley Fiction Review.

Tags College of Languages Linguistics and Literature Department of English