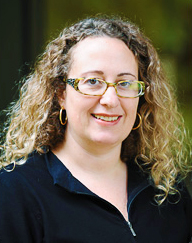 Professor Schwartz is an ancient historian and classicist trained at Wesleyan University (B.A. 1986) and Columbia University (M.A. 1992, Ph.D. 1998). Her research centers on the influence of Roman law in the Greek-speaking provinces of the Roman Empire, and explores how political changes affected how justice was imagined and, conversely, how fantasies of poetic justice may have influenced behavior. Her research began with the ancient Greek novels, and has expanded to include early Christian texts such as Luke-Acts and the apocryphal Acts of Andrew in order to understand how various groups in the Roman Empire constructed alternative views of imperial justice. Her current book project is a study of the cultural impact of Roman law in the provinces of the empire during the first four centuries C.E. as reflected in the representation of trials in three Greek novels: Chaereas and Callirhoe by Chariton, Leucippe and Clitophon, by Achilles Tatius, and The Aethiopica by Heliodorus.

Prof. Schwartz has served on the Hawaiʻi Council for the Humanities (2003-2009). She regularly serves as a judge for History Day and the National Forensics League, and is the department editor for pre-modern history for the website, World History Connected. She is a trained gamemaster for “Reacting to the Past,” an innovative series of historical simulation games designed for undergraduates. Prior to joining the History faculty at UHM, she taught in the History and Humanities program at Hawaiʻi Pacific University (1996-2009), where she developed the program in East-West Classical Studies and served as chair of Humanities.

HON 291: Reacting to the Past: Democratic Athens and Imperial China
HIST 151: World History to 1500
HIST 362: Gender and Sexuality in the Classical World
HIST 496: Senior Tutorial in History
Other courses on ancient Greece and Rome, the reception of antiquity in popular culture 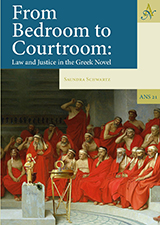