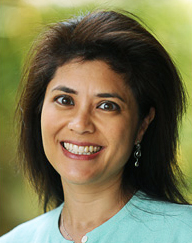 Born and raised in Vermont and with family ties in Hawaiʻi, Kieko Matteson developed an early interest in environmental history while hiking and birding in New England and the U.S. West. Later stints in France and Finland led her to explore the history of natural resource conservation and land use in Europe. Her book, Forests in Revolutionary France: Conservation, Community, and Conflict 1669-1848 has been published in the Cambridge University Press Studies in Environment and History Series. Prior to joining the History Department, Dr. Matteson served as the Executive Director of the World History Association. She has also served as editor of the American Society for Environmental History and U.S. National Park Service’s “Special History of World War II Activities in Pacific Island Park Units.” During spring and summer 2013, Matteson was a Fellow at the Rachel Carson Center for Environment and Society in Munich, Germany.