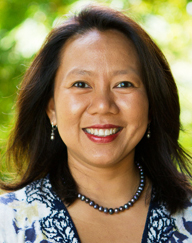 Born and raised in Manila, Philippines, I’m considered a “Martial Law Baby,” having grown up under Martial Law. And then as a student at the Ateneo de Manila University, I was part of our People Power Revolution! After college, I worked briefly for the (post-Martial Law) government under President Aquino, then came to the United States to pursue graduate studies, completing an M.A. in Historical Studies at the New School for Social Research in New York, and a Ph.D. in Southeast Asian History at the University of Wisconsin-Madison. I spent most of my twenties living in New York, eventually moving to Honolulu to join the History faculty at the University of Hawaiʻi-Mānoa (UHM). From 2011-2015, I served as the Director of the Center for Philippine Studies at the School of Pacific and Asian Studies at UHM.

My first book was inspired by my twin passions for studying revolution and the role of women in political change in the modern Philippines. I recently co-edited a volume expanding this theme to women in Southeast Asia. My current projects re-examine the Philippines’ historical relationship with Spain through studies of the social history of marriage under Spanish colonialism and the role of Filipinos and Filipino-Americans in the Spanish Civil War (1936-1939).

I offer courses in my specialty fields, which include modern Philippine and Southeast Asian history, Women and Revolution, Iberian colonialism in Asia and the Pacific, as well as more general courses in Asian Civilizations and Cultures. 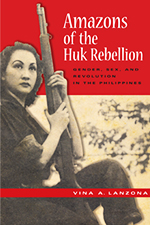