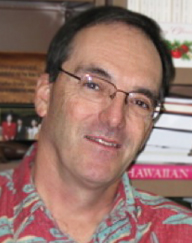 David Hanlon first came to the Pacific in 1970 with the Peace Corps. He and his wife Kathy served on the island of Pohnpei until 1973 as English language teachers in the village of Wone. They returned to the island in 1977 and taught at the Community College of Micronesia in Kolonia Town until 1980. While on island, Dr. Hanlon served as an advisor to the local historic preservation program and conducted an archaeological inventory of historic properties in the greater Kolonia area. He holds an MA degree in international relations from the Johns Hopkins University’s School of Advanced International Studies and a doctorate in Pacific Islands history from the University of Hawaiʻi at Mānoa.

David Hanlon is the author of the award-winning book Upon a Stone Altar: A History of the Island of Pohnpei to 1890 and Remaking Micronesia: Discourses Over Development in a Pacific Territory, 1944-1982.  He is also co-editor with Geoff White of Voyaging Through the Contemporary Pacfic. Dr. Hanlon was one of the founders of The Contemporary Pacific: A Journal of Island Affairs, and served as its editor for seven years before becoming editor of the Pacific Islands Monograph Series. He also sat on the editorial board of the Journal of Pacific History for more than a decade, and continues as a member of the editorial board of the University of Hawai`i Press. His research interests include Micronesia, missionization, development, Pacific historiography, and cross-cultural encounters.  He maintains a strong commitment to graduate education and to mentoring students from the Pacific Islands region, and has been honored twice by the university as the recipient of the UH Presidential and Board of Regents awards for excellence in teaching.  He succeeded Robert C. Kiste as director of the UHM Center for Pacific Islands Studies in August of 2002.  Dr. Hanlon returned to the Department of History in August of 2008 at the completion of his second three-year term as director of the center.  He was a visiting professor for the fall 2009 semester at Kagoshima University’s Research Center for the Pacific Islands; spent July of 2010 as a visiting international colleague at the Australian National University’s College of Asia and the Pacific; and from 2008 through 2012 was an active member of the Pacific Alternatives Research Project based at the University of Bergen in Norway.  His most recent book-length publication is a biography of Tosiwo Nakayma, the first president of the Federated States of Micronesia.  Dr. Hanlon retired from the university in August of 2018 but continues to serve on graduate student committees and several editorial boards. 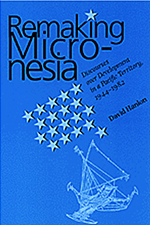 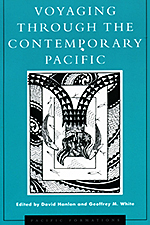 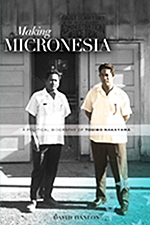