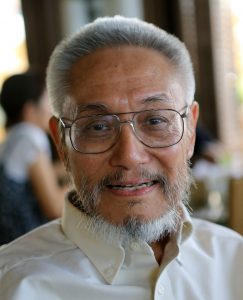 Professor Kwok has been a visiting professor at Tsinghua University, Tongji University, Zhongshan University and Wuhan Academy of Urban Construction. Before joining the University of Hawai’i, he was the founding Director of the Center of Urban Planning and Urban Studies (now the Centre of Urban Planning and Environmental Management) in the University of Hong Kong. He is a member of the editorial boards for the academic journals Built Environment (UK), and China Review International (US). Professionally, he has served as a consultant to professional firms, local governments and international organizations in Asia and the United States, including New York Chinatown Planning Council, Hong Kong Housing Authority, Hong Kong Town Planning Board, Shenzhen Planning Committee, Zhuhai Municipality, Taipei City Council, East-West Center and the World Bank. The areas of his teaching and research are the political economy of Chinese development and urbanization, globalization in East Asia, urban economic and spatial planning, and cultural impact on urban design. His current research is within the South China Triangle Region (Coastal China, Taiwan, Hong Kong). He is presently studying regional re-structuring in Taiwan, Taipei landmarks, and the desocialization process of the Chinese urban land market.