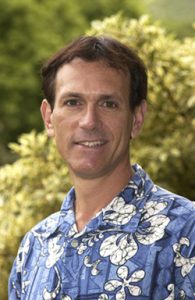 Barry Rolett is Professor of Anthropology at the University of Hawaii. He specializes in the archaeology of French Polynesia and southeast China. His research investigates Polynesian origins and the role of humans in the evolution of island landscapes. Specific themes include deforestation, faunal extinctions, and arboriculture. Rolett has led or participated in more than twenty archaeological expeditions to French Polynesia and Fujian Province (China). He received his Ph.D. from Yale University and has taught at UH-Manoa since 1988 except for two years (1998-99 and 2000-2001) as Visiting Associate Professor of Pacific Archaeology at Harvard University.