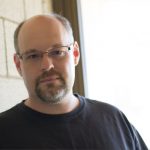 Bio: Alex Golub has degrees in anthropology from Reed College (BA) and the University of Chicago (MA and Ph.D.). He is a political anthropologist who studies the Porgera gold mine in Papua New Guinea and its relationship with the local community on whose land it is located. His book Leviathans at the Gold Mine: Creating Indigenous and Corporate Actors at the Porgera Gold Mine was published by Duke University Press in 2014. More broadly, he is interested in social change and resource extraction as they relate to cultural sustainability. In addition to political anthropology and Pacific studies, he has an interest in 20th century intellectual history.

Projects: My long-term research focuses on the Porgera valley in Papua New Guinea. My first project in this respect was my Ph.D. work was focused on the creation and maintenance of corporate groups in this area. the Porgera gold mine in Papua New Guinea, and its findings are described in my book Leviathans at the Gold Mine. My work in this area continues, and in general I think of myself primarily as an area specialist with a focus on Melanesia and the Pacific.

A second project examined the culture of white collar elites in Port Moresby, the capital of Papua New Guinea. How, it asked, do decision makers in government and industry imagine the grassroots people who will live with the consequences of decisions made in the capital? The study found elites’ understanding of grassroots ‘culture’ was tied to their own often-distant relation to the rural ethnic groups they emerged from. This in turn led me to a third focus on Papua New Guinea’s cultural nationalism, and especially the biography and thought of Bernard Narokobi, one of the key thinkers of the independence period.

Finally, I have ‘half’ an interest in anthropology as a discipline and particularly how it is made ‘public’ and thus politically relevant. I call this ‘half’ an interest since my activities in these areas is not scholarly but ‘applied’: I am a founder and contributor to savageminds.org, the most popular cultural anthropology website on the Internet. I am also an active advocate of open access scholarship.