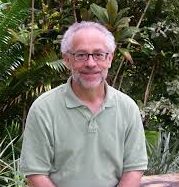 Dr. Dunn is a botanist and conservation ecologist who has considerable research experience studying the relationships between people and places, and human impacts on the landscape. More recently, he has been studying the intersection of biological and cultural conservation, particularly in the Pacific Rim. He led the effort to establish a Center for Biocultural Studies at the University of Hawaiʻi at Mānoa which has culminated in the Biocultural Initiative of the Pacific. He has served on various boards, including the American Public Gardens Association (for which he served as President), and is presently Vice Chair of Terralingua, an international nonprofit organization concerned about the future of the world’s biological, cultural, and linguistic diversity. Dr. Dunn is active in several international conservation organizations, including the International Union for the Conservation of Nature and Botanic Gardens Conservation International. Currently, he holds adjunct faculty status at Northwestern University, the University of Illinois–Chicago, and in the Graduate Faculty in Botany at the University of Hawai‘i.