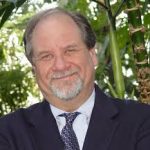 For nearly four decades, Dr. Michael Balick has studied the relationship between plants and people, working with traditional cultures in tropical, subtropical, and desert environments. He is a specialist in the field known as ethnobotany, working with indigenous cultures to document their plant knowledge, understand the environmental effects of their traditional management systems, and develop sustainable utilization systems-while ensuring that the benefits of such work are always shared with local communities. Dr. Balick also conducts research in New York City, studying traditional healing practices in ethnic communities of the urban environment.
His scientific research has taken him to many countries including , Belize, Bolivia, Brazil, China, Columbia, Costa Rica, Egypt, Federated States of Micronesia, Haiti, Honduras, India, Israel, Jamaica, Mexico, Palau, Peru, Sri Lanka, Trinidad, Thailand, Vanuatu, and Venezuela. His fieldwork also includes trips to the fruit and vegetable markets and botanicas of New York City.

In 1981 he co-founded The New York Botanical Garden’s Institute of Economic Botany with Sir Ghillean Prance. It has become the largest and most active program of its kind in the nation. The Institute is devoted to furthering knowledge of the relationship between plants and people, and includes an interdisciplinary staff of biological and social scientists. Numerous graduates from the Institute’s Ph.D. program have achieved important positions around the world, helping to promote the Garden’s focus on reinvigorating the fields of ethnobotany and economic botany.

He has been active in ethnopharmacological investigations-the search for plants with medicinal properties-particularly in Belize where his research aided in the formation of the world’s first ethno-biomedical forest reserve. He co-founded the Ix Chel Tropical Research Foundation with Drs. Rosita Arvigo and Gregory Shropshire, a center in Belize devoted to traditional healing and cultural preservation. From 1986-1996 he helped lead the Garden’s collaboration with the US National Cancer Institute to survey Central and South America and the Caribbean for plants with potential applications against cancer and AIDS. As part of this work, Dr. Balick established numerous collaborations between communities, governmental and non-governmental organizations, and institutions in the United States and Europe all working towards the common theme of discovering plants with potential therapeutic uses. He was also involved in an ethnobotanical and floristic survey of the Federated States of Micronesia, in particular the island of Pohnpei and its outer atolls. Floristic information collected provided baseline information for conservation planning as the region prepares to meet the goals of the “Microneisa Challenge” (protect 30% of near-shore marine resources and 20% of terrestrial habitats throughout Micronesia by 2020). This work is in collaboration with the National Tropical Botanical Garden, The Nature Conservancy, The College of Micronesia and the Pohnpei Council of Traditional Leaders. A major effort in this work is to study the devolution of traditional knowledge, and its impact on the local environment. Outputs will include a checklist of the local flora, a book on primary health care, and an ethnobotanical manual for the island. Current fieldwork also involves studies of the ethnobotany and floristics of Palau, in partnership with the Belau National Museum, local government and Traditional Leaders and Vanuatu, in collaboration with the Department of Forests, Tafea Kaljoral Senta, other governmental agencies, and local communities in Tafea Province, the southernmost group of islands in the country.

Dr. Balick is the author or editor of 25 scientific and general interest books and monographs, with titles ranging from Useful Palms of the World, to Rainforest Remedies, to Plants, People, and Culture. His latest books include Rodale’s 21st Century Herbal: A Practical Guide for Healthy Living Using Nature’s Most Powerful Plants (2014), and Messages from the Gods: A Guide to the Useful Plants of Belize (2015), co-authored with Dr. Rosita Arvigo Dr. Balick has published more than 170 scientific papers and contributed to nearly 30 horticultural and general interest publications.