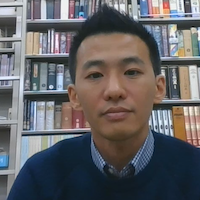 Yohei Sekiguchi is an assistant professor of English at Tokyo Metropolitan University.  He earned his M.A. and B.A. in English at the University of Tokyo, and completed his Ph.D. in American Studies at the University of Hawaii at Mano.  His paper “The Birth of Nurturing Father and Neoliberalism: The Representation of White Middle-class Fathers in Late Twentieth Century America” got 5th Saito Makoto Award from Japanese Association of American Studies in June 2018.  His other publications include: “Captivity Narrative in Vietnam War Literature Reconsidered: Reading Tim OʻBrienʻs ʻThe Sweetheart of the Song Tra Bongʻ and Daniel Canoʻs ʻSomewhere Outside Duc Pho.ʻ”. Renyxa 5.3 (2014), “Reconciling with the Father: Tim OʻBrienʻs Unrepresentable Fictions on Vietnam.” Strata 22 (2008). He is currently working on a book project which explores the representation of white middle-class fatherhood in late twentieth century American culture and its interaction with melodrama and neoliberalism.