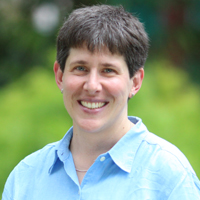 Jonna Eagle received her Ph.D. and M.A. in American Civilization from Brown University and her B.A. in Cultural Theory from the University of California at Santa Cruz. Her research is focused around the role of popular media in the shaping of dominant beliefs, affects, and understandings, including the formation of national culture and identity.  Her current research project, To Be Real: War and American Screen Culture, investigates the values of realness and authenticity as they accrue around mediated representations of violence, asking after the credence these lend to a particular and highly limited imagination of war.  Her most recent book is War Games (Rutgers University Press, 2019), on the many ways we play at war, from tabletop games to training simulations, documentary reenactments to epics films, videogames to drone interfaces.  She is also the author of Imperial Affects: Sensational Melodrama and the Attractions of American Cinema (Rutgers University Press, 2017), on the appeals of both suffering and omnipotence as they shape the melodramatic history of American action cinema and the role of the white male victim-hero within it. Other work appears in Hollywood at the Intersection of Race and Identity (Rutgers University Press, 2019), The Martial Imagination (Texas A&M University Press, 2013), and the journal Screen.

Professor Eagle’s teaching centers around issues of war and representation; gender and race in popular film and media; critical and cultural theory; and American cultural, social, and intellectual history.  She offers graduate and undergraduate courses in American Cinema, Gender in Action Cinema, and War and Media, alongside core courses in the themes and methods of American Studies.  Prior to her position at UH Manoa, she taught in the Program in Women’s Studies at Duke University.  She currently serves on the Editorial Board of American Quarterly.